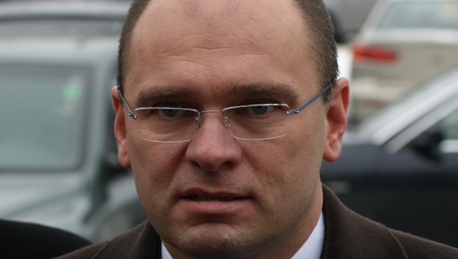 Head of the liberal SaS party and parliamentary chairman Richard Sulik has lashed out at opposition leader Robert Fico over his ‘childish’ no-confidence motions against both Sulik and the Prime Minister Iveta Radicova.

On the subject of Fico’s threat to initiate Sulik’s dismissal from the key parliamentary post, Sulik referred to Fico as a “spoilt brat”. Fico has been threatening to target Sulik if three draft pieces of legislation from Fico’s party are not dealt with in parliament. The draft bills of Fico’s Smer-SD party deal with the controversial Citizenship Act, and hope to re-establish the 19% VAT rate and also levy a special tax on banks.

Unfortunately, the drafts were already rejected in February, and according to the current Rules of Procedure, there should be a six month revision period before they are re-submitted. Fico is complaining that the six month rule had not been applied to the coalition’s amendment to the Energy Regulation Act.

Sulik says he would like to see the six-month clause removed from the Rules of Procedure anyway, and he acknowledges that Fico’s three bills should either be included in the next session or the government’s draft should be withdrawn, to make things fair.

Nevertheless, Sulik also said Fico was acting like a spoilt child instead of trying to resolve the issue at hand, by assuming an attitude of “we will oppose anything you propose” in parliament.

Sulik also addressed the proposed no-confidence vote in PM Radicova that the Smer-SD party is planning, referring to it as a display that would flop anyway. In this context he said Fico was acting like a kid just trying to get attention, and that he should be more mindful and serious about his actions.

Sulik emphasised that he saw no reasons whatsoever to recall PM Radicova and that the coalition stood firmly behind her. The war of words between Sulik and Fico looks set to continue.