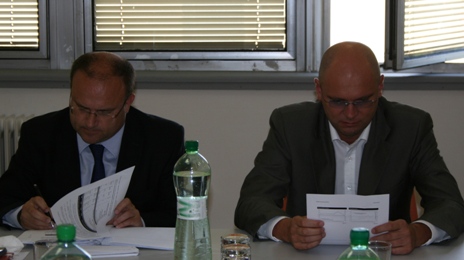 Lopatka is currently the regional director of the company Mettsa Tissu for Central Europe, and in his address Sulik has said: “Mr Lopatka is an experienced manager who has been in charge of thousands of employees, and he is a good choice”.

Daily newspaper Hospodarske Noviny cited an undisclosed source claiming that the Coalition Council has already endorsed Lopatka’s appointment, and so now a proposal should be presented at an upcoming government session from labour minister Jozef Mihal (SaS). Lopatka could take up the post from 1 October.

Mihal was reluctant to confirm anything, however, mentioning that the government still had 30 days to appoint the new head of the insurance agency. Socialna Poistovna is currently in limbo, as the former head Dusan Munko (Smer-SD) was dismissed on 27 August.