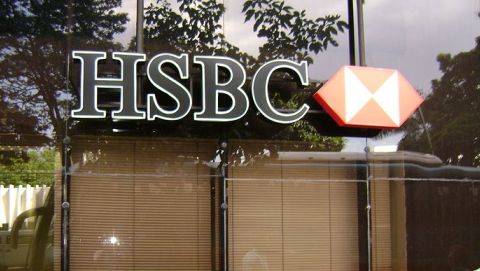 The recent disclosure by the International Consortium of Investigative Journalists (ICIJ) of thousands of names of HSBC clients people who have their money locked up safely in protected Swiss bank accounts has caused quite a stir around the globe, and now it is Slovakia’s turn as the list containing 25 Slovaks is leaked to the press.

The results reported by the ICIJ investigation, referred to as Swiss Leaks, included 60 people from Slovakia with the ‘special’ accounts, thanks to HSBC bank helping them in their endeavour to avoid taxes, for which the bank is now under a full investigation. Just why there is a massive difference between the number of people in the two lists is not yet known, but should be clarified in time. The Slovak public figures and personalities included on the leaked list will now also be subject to investigation and will most likely have to answer to the police about the scope of their wealth and its origin.

The Slovak list includes sportspeople, business people, individuals mentioned in the Gorilla transcripts, a  former state secretary,  and the ex-police officer accused of being involved in the kidnapping of former President Michal Kovac’s son. The Slovak registered accounts hold something in the range of USD 49 million altogether.

One of the better-known names is that of Slovak tennis player Daniela Hantuchová, who is reported to have the fattest account there with around EUR 3 million sitting in it. The list of potential tax-dodgers includes some other interesting names, most notably Igor Grosaft, whose ties and questionable past are now under full scrutiny. For instance, Grosaft was mentioned in the infamous Gorilla transcripts as being one of those close to Penta financial group’s Jaroslav Hascak. What’s more, Grosaft was the go-between in the recent media takeover by the financial group, mediating the acquisition of SME national daily, which led to the departure of a large chunk of its newsroom in protest.

Grosaft is one of the partners of privately owned newswire SITA, which itself has dubious elements surrounding its past. Grosaft was once nominated by the SDKU party to the National Property Fund. Grosaft himself told daily Hospodarske Noviny that he had never had money in an HSBC account and that he had no idea why his name was on the list.

Former state secretary with the Ministry of Economy Jan Sabol is also on the list of those with Swiss bank accounts along with ex-police officer Martin Lieskovsky, who was accused of being involved in the kidnapping of the president’s son, Michal Kovac Jr.