The criminal allegations made on 9 March by interior minister Daniel Lipsic regarding the infamous ‘notice-board tender’ put two former construction ministers from the SNS party under suspicion of machinations in public procurement, including MP Igor Stefanov. 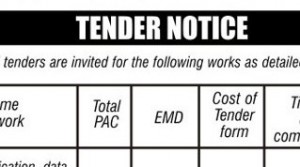 A petition has already been filed with the Attorney General’s office to initiate proceedings to strip Stefanov of his MP immunity, so that he can be duly charged in the case, along with four others.

Stefanov referred to the accusations as a blatant attack on him, while insisting on his complete innocence, saying the whole affair has been fabricated. He wants to clear his name as soon as possible and so is willing to waive his own immunity to disprove the allegations.

The nationalist SNS party feels that the allegations are also an attack on the party, while issuing a statement fully backing Stefanov. Both the party and Stefanov continue to insist that the tender from 2007 was in line with the law, which may well be true, but often the law is bypassed here as it is perforated with loopholes.

The SNS party also filed a petition with the Attorney General over Lipsic’s statements, as it believes he had no right to examine and disclose the details of the case.