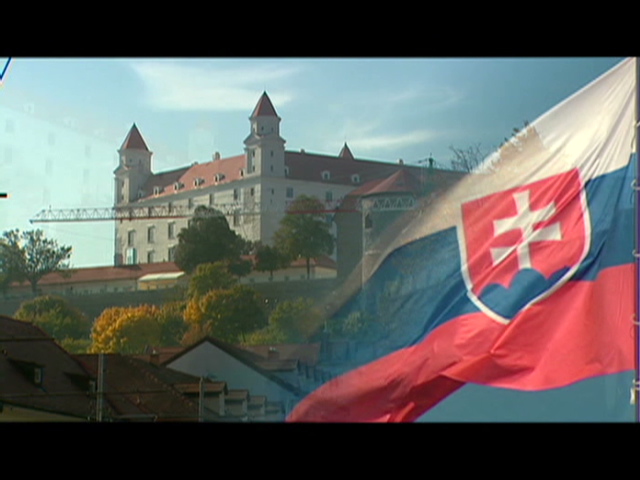 In the wake of the Ice Hockey World Championships, Slovakia’s hoteliers, restaurants and bars are crying salty tears as they did not rake in as much as they had expected. Various media reports claim that many tourists and hockey fans avoided, where possible, staying in Bratislava due to high prices and traffic restrictions.

Many bar managers blatantly increased prices and then, while still continuing to charge inflated prices, claimed they were not doing it. Who are you kidding boys and girls? Even the bar staff were in on the game. 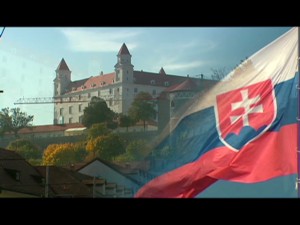 The Championship also saw various thefts from hotels rooms, a partner’s vehicle stolen, and even the hockey jerseys of Slovak darling Peter Stastny direct from the Ministry of Foreign Affairs. How in the name of all things normal could the forced entry to 13 + hotel rooms not raise any attention or suspicion whatsoever? Where were the staff and management?

I believe C.C.T.V systems can be bought from e-bay for a few euro, but I guess the hotels in question have state-of-the-art security and surveillance systems that do not detect suspicious people stealing from locked rooms. I guess that was in the small print on the packaging.

The actual organisation of the Championships received maximum praise, but that darker side did not paint such a pretty picture for Slovakia. It almost makes the movie “Hostel” seem plausible, especially as the cannibal story managed to hit the headlines before the end of the Championship.

Maybe security is a game or a kind of hobby here, with all bark and no bite. It’s my pet view that there are security experts in this country that sit in a room planning  scenarios while stuffing their faces with Bryndza halusky and knocking back the old ‘Domaca Slivovica‘ whilst using a “security planning system” version of the  “Dart, Map, Blindfold” navigation system on their gameboys.

As an example; Hey let’s put some explosives in luggage heading for Ireland for the hell of it, Robert’s team can plant them and Jozo’s team has to find them, the winner gets to give the loser a wedgie and after that we can play the “let’s send drugs to Turkey in a Czech truck game”, this maybe after watching Midnight Express.

Even political parties, government officials and has-been politicians continued to tear strips off each other during the tournament, instead of taking a small break and demonstrating good sportsmanship. Surely given the PR opportunity offered by the Championships to Slovakia, the minimum that the country’s leaders could have done was to behave as responsible adults rather than an unruly group of kindergarten kids throwing their toys from their respective prams.

Yet, is this the real Slovakia? NO it’s not! Call me crazy, but in seven years I have been the victim of petty crime only twice –  once having money vanish from my hotel room and later a mobile phone from my jacket in a restaurant, and they were partially my own fault.

I did receive a parking ticket once, though, after stopping in a filling station. A police patrol car was fuelling up as I stopped momentarily to pick up my heavily pregnant partner at the time, who was answering the call of nature as heavily pregnant ladies tend to do. I had to laugh about it in hindsight. At the time I pointed out to local sheriff “Pavel Plodski” that across the road at Tesco there was an abundance of doubled-parked trolleys and that he could have a field day there. In his own naive way, he then sternly pointed out that shopping trolleys are not motor vehicles; I couldn’t argue with that one.

In saying all this, Bratislava Old Town (just like most places in Slovakia) has some pretty good hostelries that have not and never have taken the “Mickey Bliss” out of locals, tourists or ex-pats. They serve up good food and drinks at realistic prices. They are not dives or holes, and can even be found on the main drags.

Admittedly, some are a little more expensive in the Old Town centres than their suburban siblings or country cousins, but that’s to be expected. You just need to avoid the touristy looking gaffs and listen for locals. The country towns and villages are as cheap as chips and service can be great or even entertaining at times. Even at the higher end of the scale they are still cheaper than many other cities.

Slovakia on the whole has a hell of a lot going for it, spectacular mountains, tons of lakes, cascading rivers, and so on. It is slap bang in the centre of Europe and is steeped in history and culture, more castles than you can shake a stick at. Forget Paris or Rome – when you visit Slovakia, why not cruise on the Danube, even propose marriage to one of the lovely local girls if the one you brought says no.

There is a lot to see and do in Slovakia. You can visit a spa or aqua park, go skiing in winter, hillwalking in summer. See the castles, drink the beer, eat traditional Slovak fare and try the local spirits of Borovicka or Slivovica, for instance. It’s a great wee country with a hell of a lot to offer; just don’t park in boxes with white chevrons at filling stations.

In all fairness, the Slovak Republic is still a teenager in the grand scheme of things, socialism ended in 1989 and separation from the Czechs in 1993. So many well-situated people now have all the latest toys to play with and they do not like to share them. It seems to me that they like the new game, but want to apply the rules of the old game where it suits.