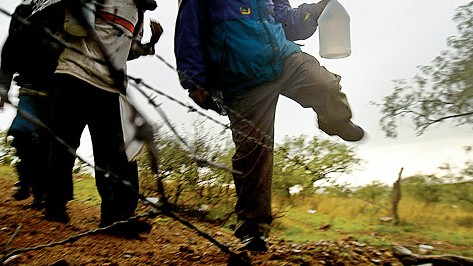 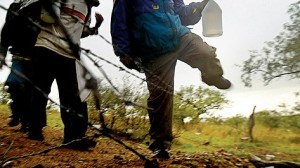 At a time when Europe is on high alert to the threat of terrorist attacks, the Slovak police let three detained illegal immigrants escape custody on Wednesday 13 October as they were being transported to a detention facility in Medvedov.

The incident happened when the two police officers from the Foreign and Border Police were handing them and three others over to the guard on duty at the facility. They fled from the van that was escorting them and ran off into the thick fog never to be seen again.

The police do not even know the true identity of the three men, who had claimed they were Palestinians. Many questions are now being asked, because the illegal immigrants had not been restrained in any way and were even allowed to keep hold of all their belongings, including mobile phones.

On returning to the place where they had been detained, the police found three Moroccan passports, and so initial fears that they could even be linked to terrorists have been brushed aside by the police.

Interior minister Daniel Lipsic immediately fired the head of the mobile unit of the Foreign and Border Police, and he has initiated disciplinary proceedings against the two escorting officers. Now Lipsic has made it obligatory to handcuff all illegal migrants that the police capture. A complete revision of police procedures is expected to prevent similar incidents in future.