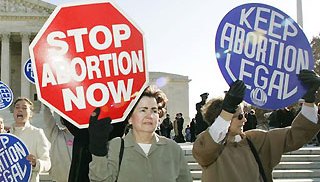 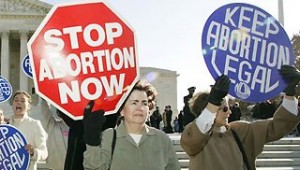 In a surprising move, the university teaching hospital in Bratislava decided to stop carrying out patient-requested abortions at its three clinics from 1 February. The issue has raised questions about whether current health minister from the Christian democratic party KDH, Ivan Uhliarik, might have been behind the move.

Abortions are legal in Slovakia up to the 12th week of pregnancy, but anyone in Bratislava wanting an abortion will now have to go, at greater expense, to a private clinic instead. This applies to voluntary abortions, while abortions for serious health reasons should still be possible in certain cases.

According to daily Pravda, the decision was made unofficially and without due justification, although it is allegedly based on the demand of the physicians to have the right to conscientiously object to doing certain work that goes against their religious faith. Conscientious objection is one of the issues that the KDH party feels strongly about.

Today health minister Ivan Uhliarik rejected claims that the decision came from the top or that he had anything to do with it, although he did say he “fully respects the right of doctors who want to apply their right to conscientious objection”. Could he really say anything else as one of the leading members of the KDH party?

Two of KDH’s government coalition partners SaS and Most-Hid are against the latest decision, especially as it applies across-the-board to all 80 gynaecologists employed by the hospital, and not just those with religious objections.

The KDH party is hoping to persuade its partners in government to allow the signing of a treaty with the Holy See on conscientious objection, while it itself is not so willing to make compromises on certain issues of the other parties, like proposals of the SaS party to decriminalise marijuana and allow same-sex marriages.

Whether Slovakia is a Christian society or not, some questions have to be asked about the right of certain segments of the population to impose their will on others, like the doctors who would be willing to conduct abortions but now cannot.

Taken in perspective, surely this means that everyone should then have the right to ‘conscientiously object’ also to having their taxes spent on things they do not agree with, like on the church and church schools, for instance.

Maybe it would be fair if we all completed a kind of ‘tax allocation’ form, where we would decide how much of our hard-earned taxes are spent on healthcare and roads, or how much should be spent on sport, education, or on anything we want for that matter.