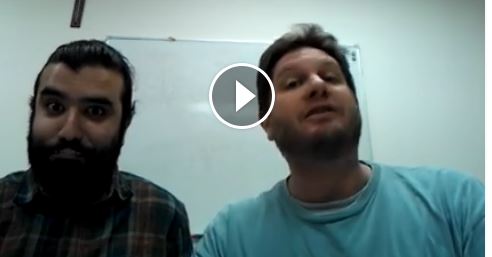 If you feel that there is still a lack of programmes for English speakers in Bratislava NuSpirit Club is a place to go this Thursday (7th January 2016 at 8 pm). Finally, decided to pay dues to the language of its origin, the performers are starting a series of stand-up comedy shows all in English in the International Edition of “Silné reči”. Experienced comedians from Slovakia, Iran, and the US will try to make us laugh while we sit back and relax in the underground atmosphere of the contemporary club. Once you walk down the stairs you can forget about the romantic white snow or the grey misery of this town and rather imagine being in a major metropolitan city that offers serious (black) humour. 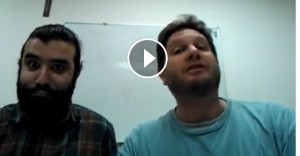 Typical for these guys, even the preparation for the show has to be fun. Eric Lessner and Siavash Alamaghdan Motlagh (alias Sia) created quite a shocking video in which they give their message to the world. Dressed as a terrorist Sia makes the announcement: “Attention English speakers! Give me your time! This is not a threat, but a promise. On the 7th of January 2016 at precisely 8pm CET there will be an EXPLOSION!” The rest, you should see for yourself but do not worry, as Eric made it clear – it will be an explosion of laughter. Let’s laugh together and make the beginning of this year a good one!

Tickets for the show are available at TicketPortal for 7,70 EUR.