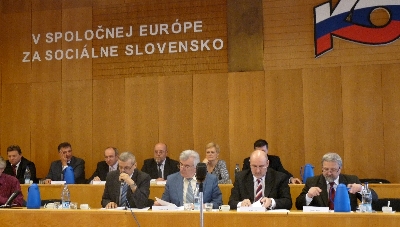 Tripartite talks between social partners broke down this week and the labour unions are now threatening protest action. Among other things, the meetings on Monday and Tuesday failed to produce a consensus over the social insurance law.

The Trade Unions Confederation (KOZ) is strongly against the proposed measures, announced KOZ vice-chairman Vladimir Mojs after the meetings. The unions are against increasing old-age pensions by a fixed amount each year starting 2012, and object to the planned 1% VAT hike to 20% and to higher excise duty on alcohol.

As the social partners failed to agree, measures aimed at consolidating public finances could now be left up to respective ministers. So now the trade unions plan protests, with trade union leaders set to decide today, 22 September, just what form the protests will take.

The unionists feel that the hike in taxes and other measures will be hardest felt by people, rather than businesses. On the other side of the fence, head of employers’ organisation RUZ, Marian Jusko, hit back at the reaction of the trade unions, saying they the trade unionists didn’t want to suffer anything to help the current financial climate, and that it was businesses that suffered as well.