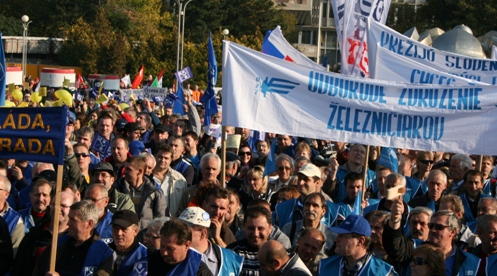 Today trade union representatives from the Confederation of Trade Unions (KOZ) stormed out of a meeting of the special committee for mapping out the new Labour Code, before joining a protest rally of around 60 unionists who had gathered outside the Ministry of Labour.

The KOZ representatives were dissatisfied with the set of proposals put forward by the labour ministry, stating that they would not enter back into the talks until the Ministry gets real. The protesters are demanding action from the government as they feel that if it adopts its proposals, it would greatly harm workers and set Slovakia a hundred years.

Now the trade unions are threatening other activities once again, including the possibility of strikes or by blocking production facilities.  Slovak laws.