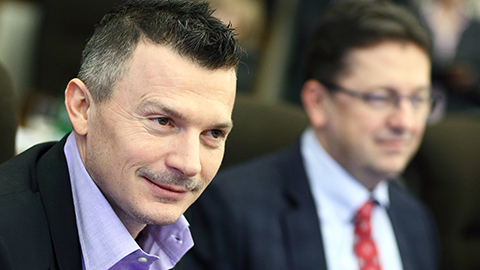 Minister of Transport, Construction and Regional Development, Jan Pociatek is to face a vote of no confidence this Friday, 12 December, over accusations of a dubious public tender won by a company that was set up just one day before.

The no confidence motion was initiated by members of Christian democratic party KDH, who are pointing to the public tender for a road toll payment system at the National Motorway Company worth something in the range of EUR 135 million for the winner, a company called Paywall. The company was set up one day before it submitted its tender, thanks to which it has collected a handsome 6.15% of every payment made through the system, far more than even credit cards normally charge.

The company providing the services before, called Fleetpay, was the one providing references for Paywall to win the tender. Fleetpay had been awarded the contract directly without a tender. KDH vice-chairman Pavol Zajac pointed out how the new tender had been called as the European Commission had launched an investigation into the contract awarded to Fleetpay, which was subsequently cancelled with the new tender.

Zajac also noted that both Paywall and Fleetpay appear to be so-called P.O. Box companies with concealed owners. The motion will most likely be quashed, however, as Pociatek’s Smer-SD party will flex its parliamentary majority muscles to block the motion, as its MPs have done already seven times to date.