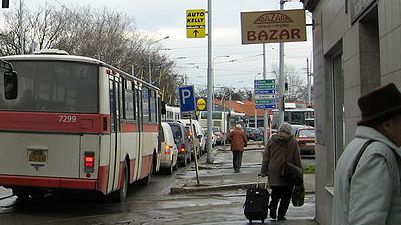 One of the worst access routes to the capital Bratislava should become a thing of the past as the Ministry of Transport plans to add an extra lane to the road from Bratislava to Dunajska Luzna to the east of the city.

Anyone travelling to work along this road knows just how bad the single-lane traffic is every morning, with heavy congestion and delays a regular occurrence. This has been inflamed by the construction boom in the area, with literally thousands of houses springing up in the past few years.

The Ministry of Transport will now tackle the problem, with work on the additional lane expected to start already in August and should be ready within a few months. The news was announced at a press conference yesterday by transport ministry Secretary of state Arpad Ersek, who informed that the maximum budget for eliminating the bottleneck is EUR 3.8 million.

The construction of the main R7 freeway from this end of the city, which will resolve the situation completely, is due to start in 2013 and will take several years to complete, with possibly seven bridges and a cost of EUR 72 million.