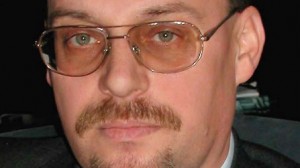 Current attorney general Dobroslav Trnka is apparently tying up some loose ends before his likely departure from office at the beginning of February 2011. Trnka has been at the heart of recent disputes over his candidacy to remain in office, with criticisms to his address also for being inactive in investigating certain cases, like the alleged parallel financing of opposition party Smer-SD.

At a press conference on Wednesday, an irrate Trnka claimed that the investigator of a recording disclosed by Sme daily a few days before the general elections, allegedly containing party head Robert Fico’s voice indicating corrupt financing (read more), had been pressurised by interior minister Daniel Lipsic and chief of police Jaroslav Spisiak, among others.

Trnka claims the case was about to be swept off the table as being a ‘delusion’, and said the people working on the case were under huge pressure from above. The investigator had even requested to be withdrawn from the case, while Juraj Ocovsky from the anti-corruption office claimed that the recording had no criminal implications and so it was not important to determine if it contained Fico’s voice or not.

Trnka does not have an official report from the investigator yet, as his information was based on verbal communication only. Trnka was backed and nominated to remain in office by opposition party Smer-SD.