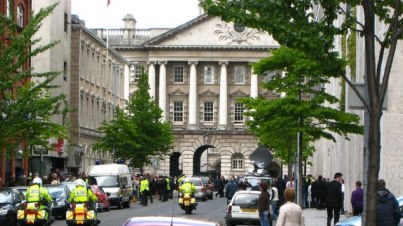 Another case of a sham wedding in the UK has been cut in the bud as the police in Northern Ireland stopped a marriage from taking place between a Slovak woman and a Pakistani man.

BBC News reported that the police stormed the wedding ceremony at the Town Hall in Belfast on Monday, arresting 22-yr old Slovak bride Veronika D. and two Pakistani men, including her false groom. They were immediately up in court the next day, with the judge deciding to keep the unhappy couple in detention while adjourning the case till next month.

The UK has registered many cases of sham weddings, many of them between Slovak women and Pakistani men. The most recent case was in March 2011, when the police raided the Town Hall in Leeds and arrested several people in connection with the same scam. Another case from October 2010 saw a 35 year old Slovak woman arrested with her partner in crime.