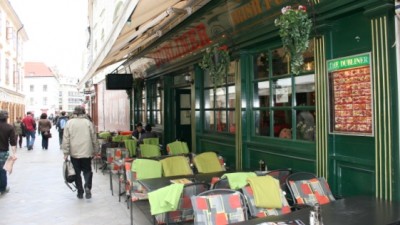 A search is underway in 48 countries for five special action heroes to star in a multi-national co-production titled “Good Guys, International.”

Toronto-based Veni Vici Entertainment Inc. is approaching potential co-producers in these countries, which have co-production treaties with Canada. The film will be the antithesis of Hollywood’s contemporary concept of action-adventure.

The five action heroes from different countries on different continents will have four things in common: They are music lovers; are filled with joie de vivre, all speak a little bit of English, and they love to party.  They never seem to get angry. They are reminiscent, perhaps, of the ‘Rat Pack’ of the 1960s.

In the film, each hero is introduced in his own country about to depart to a famous music festival. Along the way, each encounters a life-threatening adventure and each shows us how well they handle themselves. At the festival they meet, become instant friends, and have a great time, making us wish we could join them.

Some terrorists appear and take an elderly billionaire as hostage. Our heroes, jump into action, defeat the bad guys and save the billionaire who offers them financial backing, insisting they work together in the future, each out of his own country but as international partners, as a parallel, perhaps, to Interpol. He baptizes them, “Good Guys, International.”

Casting the Canadian action hero presents a problem. “We are so diverse,” states Halmay, “It’s hard to decide who would best be representative of Canada.”  If he had his choice, he would cast Prince Harry of England.  “The Prince has exactly the look and personality we need for the ‘Good Guys’ in this film,” he states.

Casting for the ‘Good Guy’ from Bratislava will be done by whichever producer in the Slovak Republic becomes a co-producer on this film.