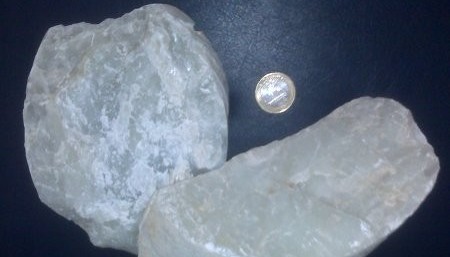 The lawsuit filed in January 2011 by the company Eurogas GmbH over its transaction for the Gemerska Poloma talc mine is claiming EUR 500 million from the Slovak Republic, but now the parent company EuroGas Inc. in the USA also looks set to file its own lawsuit claiming USD 1 billion on grounds of marred investment.

Back in January 2011, TheDaily.sk published the full wording of the EuroGas’s Notice of Intent to arbitrate with the Slovak Republic, in which it is claiming compensation of EUR 500,000,000 for the “alleged unlawful, collusive taking, and denial of rights and equal protection, pursuant to the Austrian-Slovak Bilateral Investment Treaty and applicable European Union laws”.

According to the company’s statement, the amount being claimed is based on the multi-million dollar investment made by EuroGas in the Gemerska Poloma Talc Deposit as well as an estimated amount of net value capitalized over years for the mineable proven and probable reserves of the Gemerska Poloma deposit, which ranks among the largest and purest ore bodies of its kind in the world.

The US parent company is basing its claim on a bilateral agreement on protection of indirect investments signed between the USA and what was still Czechoslovakia back in 1991. Its subsidiary EuroGas GmbH owns a 33% interest in Rozmin s.r.o., the company from which the Gemerska Poloma Talc Deposit was allegedly illegally expropriated in 2005, a fact that was affirmed by the binding decision of the Supreme Court of the Slovak Republic.

For a history and synopsis of the case, click here