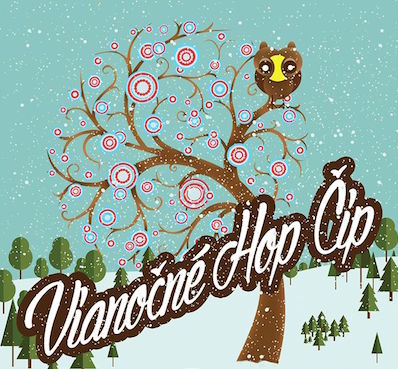 Make sure your dancing shoes are in good shape. This Friday, December 18, Bratislava’s V-Klub (on SNP) will host one of the wildest concerts/parties of the year – the 4th annual “Vianočne Hop Čip” hosted by Bratislava-based band La3no. Mixing Slovak, Latin, Gypsy, Balkan and other musical and cultural influences into the signature La3no sound, they are no stranger to the regional and European music scene and are well known for the high-energy concerts. 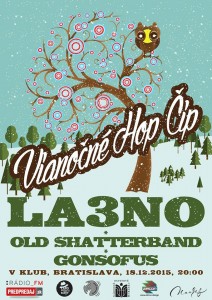 For the third year in a row, La3no will also be joined by Russian/Hungarian Bratislava-based project GONSOFUS – also no strangers to the local music scene. Spending a vast part of the year on the road, touring around both Europe and the United States, GONSOFUS is known for it’s unique high-energy creative performance style, with two multi-instrumentalist members using a number of live instruments and loop pedals to create a sound of a massive ensemble. Style-wise, GONSOFUS mixes and mashes together everything from reggae, dub, hip hop, and afrobeat, with singing in various languages. Fresh off of a 23-date European tour, this Friday will be first time the duo will present their new live show in Slovakia.

The evening will also include a drum show by DRUMSTAS, a performance by the Old Shatterband, who reimagine top 90’s hits trough a ‘”Western/country” lens (costumes included), and an afterparty by DJ Johansson.

Catering and bars at the event will be run by the well-respected Capo de Tutti party crew.

Tickets are available online at www.predpredaj.sk or at one of their physical locations (5 euro)
Tickets will also be sold at the door (7 euro)

Don’t miss this one!!