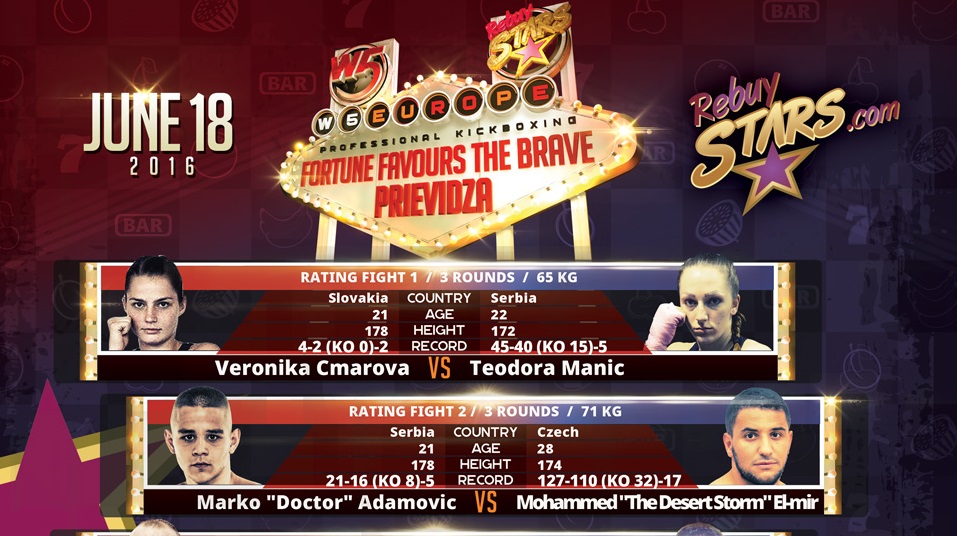 The new series of sports and fashionable events according to the W5 rules of professional kickboxing will be held in the spring and autumn of 2016 in Slovakia and Croatia under the common motto “Fortune favors the brave”. 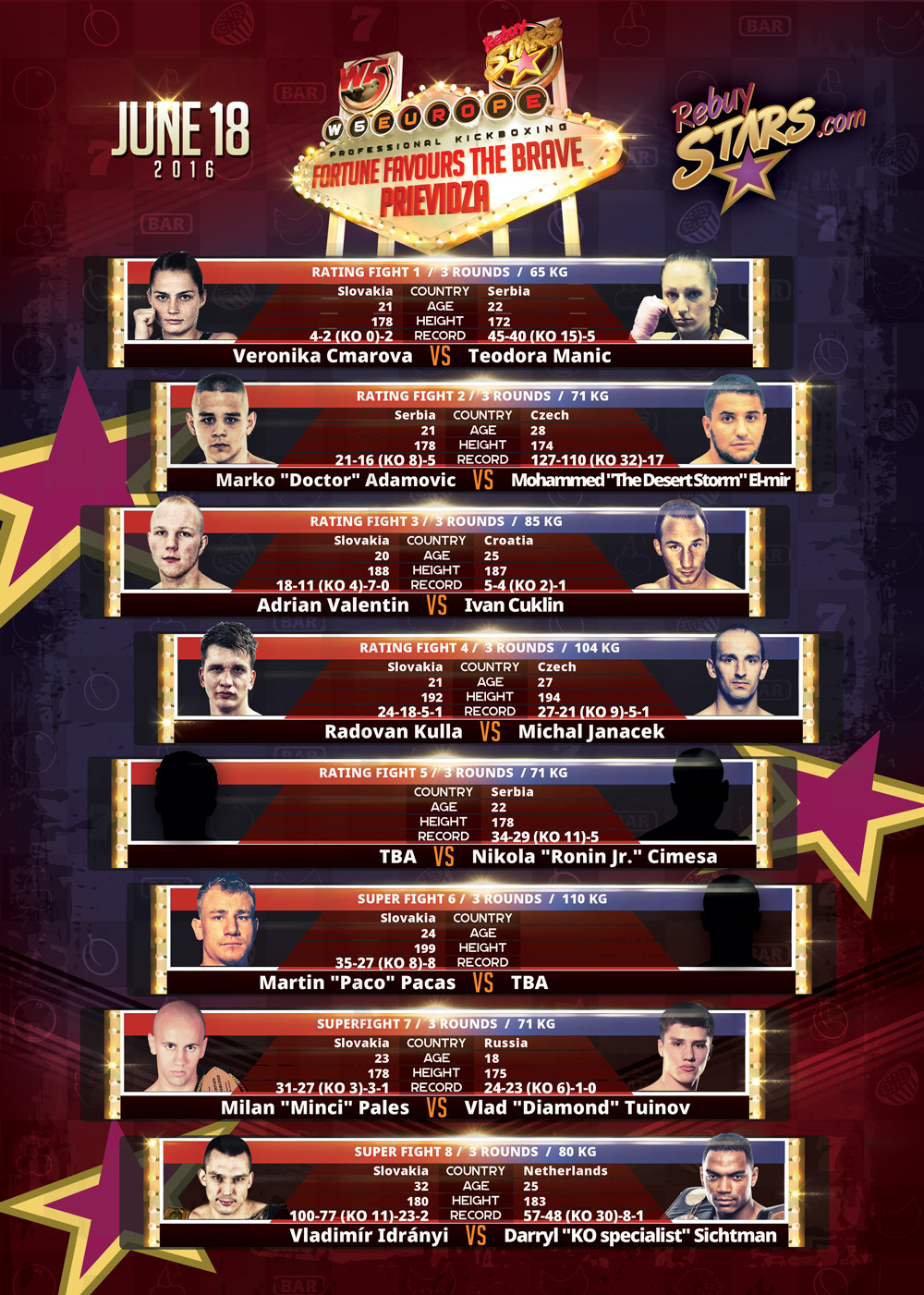 First tournament of the series already was hosted 4th of June in Zagreb. Other events will be conducted 18 of June in Prievidza, 10 of September in Zvolen and 12 of November in Kosice.

The main feature of the fighting shows of European series will be their “closed” format: very limited number of guests will be able to visit these tournaments.

“In fact, we will have only the ring-side with about thirty VIP tables. This solution will provide our shows the most interactive character. Together with our partners from “Rebuy Stars” we have decided to create a separate world and to say a new word in the entertainment industry of Eastern Europe. It will be the atmosphere for the elite guests. Light and laser show, graphics, sound, entertainment tricks, everything is directed the perfect way to make guests feel maximally involved into the show. But more interesting that W5 and “Rebuy stars” cooperation arouse attention not only among VIP-audience but among all kickboxing fans also. I think that everyone who will be able to visit the tournaments in this series will have a desire to share this experience. So why we are looking synergy with “Rebuy stars” gambling houses? Because Rebuy stars and W5 both understanding what exactly passion of player and spirit of fight could mean “. – Describes the idea of  W5 European league President of the World version W5 Sergey Chepinoga.

Tournaments has not only the common slogan „Fortune favors the brave”, but also common rating grid. The winner of the series will be a contender for the W5 world champion title.

If for the guests the “W5 & Rebuy Stars” show will be a unique spectator experience then for the participating fighters it will be as well as before a great way to fill their’ professional portfolio.

Live broadcasts of tournaments on the PPV system will be available on w5kick.tv video portal and on all mobile devices under IOS and Android via W5kick application, as well as Apple.TV. Traditionally broadcast of W5 tournament will be organized on the TV channels and Internet portals.