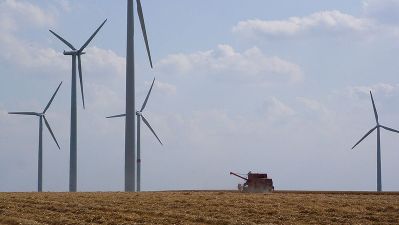 It’s a summer whodunit. The European Commission’s Energy Efficiency Directive has been public since June 22. But why was the headline policy – an obligation on power companies to cut customers’ energy use – so abruptly dropped from the final text?

Commissioner Oettinger and DG Energy had already overruled internal analyses showing that only binding targets for each member state would deliver the 20% by 2020 efficiency target. They had refused to look into the crucial question of financing. The energy company obligation was the only meaningful policy left. Its gutsy concept to convince utilities to invest in efficiency services (smart heating systems, say, or insulation) could have saved customers at least €60 billion a year, slashed CO2 emissions and created over 500,000 new jobs.

Then came the sell out. On June 14 Mr Oettinger announced to an audience of Europe’s leading power company CEOs that he was “sorry that energy efficiency is one binding commitment which Member States have refused to endorse”. Did this mean he would be pushing mandatory energy company obligations as a substitute to binding targets? Maybe – but in any event the backlash was overwhelming. BDEW, the powerful German energy association representing utility giants RWE, E.ON and EnBW, came out strongly against the Commission’s proposals; German economics minister Philip Rosler joined them, publicly condemning the directive just before its release.

Meanwhile there were challenges of another kind in Brussels. Reducing energy use cuts CO2 emissions faster and more effectively than the EU’s Emissions Trading System. A good thing for the planet, this is perversely seen as a bug in the system for carbon market hardliners at the Commission’s climate department. On June 16, Commissioner Hedegaard’s head of cabinet Peter Vis went to the press criticising the impact energy efficiency might have on CO2 permit prices.

Matters came to a head on the afternoon of Monday June 20. At a special chief of cabinets meeting brokered by President Barroso’s office, Mr Oettinger agreed to a reference on CO2 price impacts but granted a fatal opt out clause on the energy company obligations by downgrading them to voluntary status. It feels like a trade off, although it’s difficult to say exactly who is responsible. Mr Oettinger folded far too easily, reneging on his earlier claim that “binding measures need to be strengthened and amplified”. Certain senior officials in the climate department foolishly made efficiency look like a problem, energy companies did their usual worst and member states were unhelpful throughout. But one thing is certain: the long-awaited Energy Efficiency Directive has been gutted.