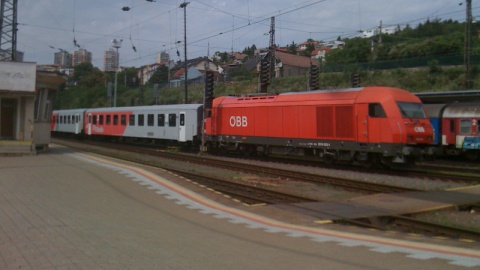 The issue of how standard selection proceedings should be used to fill key posts in state administration and in state-owned companies has often been waved around like a pre-election carrot or as empty populist rhetoric, and even though the law obliges ministries to select candidates in this way, the system is not being used.

Daily Pravda looks at the subject in an article today that points to how the cosy seats in energy companies will most likely continue to be occupied by cronies rather than qualified experts. It points to how there are currently thirty posts up for grabs in the board of directors of companies where the state holds a stake. You may not have noticed, though, because the only place you will see these high profile jobs is on the Ministry’s website.

As daily Pravda notes, if applied properly the system could spell an end to the many years swamped in cronyism and nepotism. Citizens have often seen their blood pressure rise when someone is collecting several thousand euros a month in a state company just because it is the friend of a politician.

One of the problems is that qualified experts might not even apply due to their lack of faith in how the winning candidate will be chosen. “Experts must believe that the selection proceedings will be serious and fair so they are not convinced it is merely a farce. It is the very people in the commissions who are an important indicator of whether the submission of resumes and the preparation of a motivational letter will not be just a loss of precious time for the candidates”, Emília Sičáková–Beblavá from Transparency International Slovensko is cited as saying by the daily.

On the outside, these selection proceedings might look fair and above board, but the final decision will fall to a few select impartial individuals who are assigned to the respective commissions. They should decide based on qualifications and professional experience to ensure that the state is represented by “responsible people”.

Pravda also notes that the government resolution from a year ago on obligatory selection proceedings was bypassed by the Ministry of Transport and people were placed in the boards of directors of the National Motorway Company and in three railway companies without tenders. Minister Pociatek announced that the selections are only temporary with proper proceedings expected in the next six months.

Standard practice some would say, including maybe former economy minister Juraj Miskov who placed singer from the band Polemic in the gas transmission operator Eustream (before the obligation for selection proceedings was introduced at least). What names will come out of the tender for places in energy companies will only be known after 15 May, when the deadline for submitting applications is set for the majority of posts.