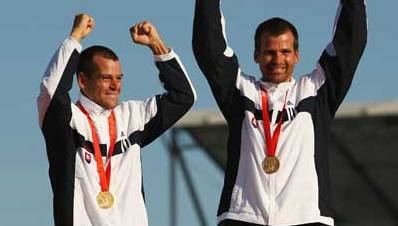 At the World Slalom Championships in Tacen, Slovenia, the Slovak water slalomists had a successful championships, ending up with three golds and two silvers.

In the Women’s K1 final on Saturday, Jana Dukatova won silver, and then added a gold to her collection the next day by winning the Women’s C1 race.

The famous twins Peter and Pavol Hochshorner proved too good for the competition in the Men’s C2 discipline, and so added another gold to their many medals.

Michal Martikan fought his way to silver in the Men’s C1 on Sunday, which was his tenth medal in the World Championships. Another success is that he has now set a new Slovak record for winning medals at every world or continental championships over 15 years in a row since 1995.

Slovakia has once again confirmed its place at the top of the ranking in canoeing water sports.