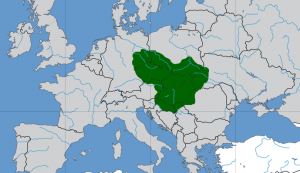 It´s going to be 20 years on 1st January since the common federation split. The Czech-Slovak Federative Republic was buried and both nations declared their individual and peaceful independence.

From 1918 to 1992 two nations were living together as one artificial nation. Czech and Slovak languages are mutually intelligible very much like Portuguese and Spanish. But unlike the Portuguese and the Spanish- these two nations never lived together as one, though their languages have the same roots. Therefore, during more than 70 years of living together, the nations learned the nuances quickly and lived with it as a natural thing.

However, today the statistics are clear. There are 30,000 Czechs in Slovakia, but more than 150 000 Slovaks in the Czech Republic. Not counted – young Slovak college students who study at the greatest institutes such as Masaryk University in Brno or University of Economics in Prague. The college students face a new challenge meeting their new classmates from the east- they somewhat have difficulties understanding the nuances which had been natural for their parents and grandparents.

Young Czech adults born after 1985 heard Slovak on TV and radio only very seldom. However, Czech films and TV programmes are not translated into Slovak, and books neither. This gives young Slovaks a slight comparative advantage and that is why they have no problems studying in Brno or Prague.

With a hole in the market something extraordinary happened. Language schools in the Czech Republic started to organize lessons in the Slovak language for Czechs. It is targeted especially at young adults as mentioned before.

Such a project is now bought by NGO Edukace in cooperation with Masaryk University in Brno.

In recent years TV mass media got involved as well. There have been talents shows such as Czech-Slovak Idol, Czech-Slovak Got Talent, The Voice etc. The giants such as TV JOJ and Prima began new co-operation in order to revive the common federation.

Only time will tell if the language gap is going to deepen or not. And if the languages separates the Czechs and the Slovaks today, the nostalgic idea of a once common nation unites them in their hearts and minds.