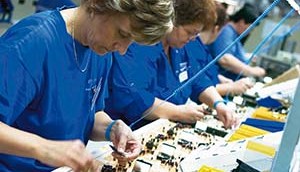 A recent survey conducted by the GfK agency on over 30,000 employees in 29 countries found that half of young Slovak workers are stressed out at work. This puts the level of discontent among young Slovaks at 11% higher than the world average.

Overall, 38% of the workforce in Slovakia find it hard to balance their private and professional lives, which leads to stress. The survey also states that 28% claimed that work-related stress had a direct negative impact on their health.

It seems that 32% of Slovaks are concerned about losing their jobs, while 27% are stressed by their employers asking them to work overtime. Almost 25% were forced to take jobs they simply do not like and 27% had no option but to change their careers due to the economic climate.

The dissatisfaction is resulting in many young Slovak workers actively seeking alternative employment or considering such a move in the near future. This is a trend that is seen across Europe and beyond.

Not surprisingly 34% of Slovaks have no qualms in emigrating or migrating in order to find work more suited to their expectations and aspirations. Source: TASR