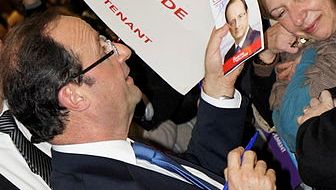 The visit of French President Francois Hollande to Slovakia today will not be without some disruption as the anti-gay movement here plans a protest for him over France’s adoption of a law allowing same-sex marriages in May of this year.

The protest in Support of Family is demanding Hollande’s government do something for the millions of French people who protested for traditional family values in reaction to the law, instead of ignoring them.

The protest will take place in front of Presidential Palace at 2.30 pm, where Hollande is visiting Slovak President Ivan Gasparovic.