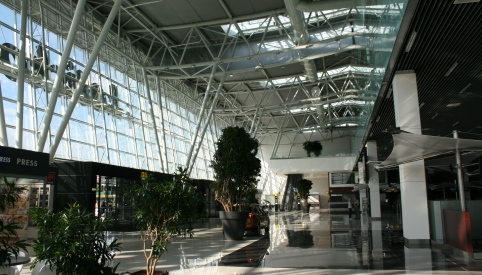 With the Ice Hockey World Championships just around the corner, the main gateway for many fans, Bratislava Airport, could find itself in trouble as staff have gone on strike alert for higher pay.

The staff at the airport, disgruntled with low wages that have not been increased for years, could use the upcoming championships as a negotiating chip to get the airport’s management to bend to their demands. If they were to declare a strike as the championships approach, this would hit air traffic badly.

Trade union reps at the airport announced the strike alert yesterday, saying that if no agreement is achieved with the management then they would be willing to take their protest all the way. Head of the trade union at the airport, Pavel Janosik, told the TA3 news channel that “wages have been falling systematically for the past three years”.

Janosik sees no scope trying to negotiate further with the airport’s management as talks on a new Collective Agreement proved futile, he claims. Spokeswoman for the airport, Dana Madunicka, expressed surprise at the news, saying the airport had no dispute with the trade union and that collective bargaining was moving forward in standard fashion.

Over 600 people work at Bratislava Airport, most of which have joined the strike alert. If they go on strike during the Ice Hockey Championships, and other trade unions go ahead with their announced protests, innocent visitors to Bratislava could find themselves becoming entangled in a logistics nightmare.