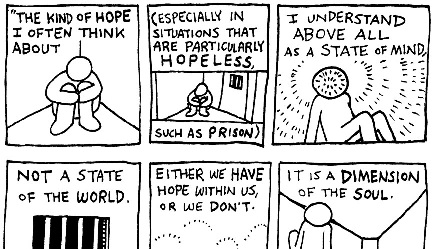 When I read that Vaclav Havel had died, I thought of this passage from a chapter called “The Politics of Hope” in Havel’s book Disturbing the Peace: (The words are Havel’s, as translated by Paul WIlson; the comics treatment is my own.)

I chose this passage because it seemed especially relevant to the political world I see in my own country now (USA), where a president elected on the slogan “HOPE” still issues orders for remote assassinations over distant horizons around the world… Havel is speaking here as a man who has experienced a life that would come to span the prison cell and, in the near future, the presidential palace.  Drawing it out in comics form helped me clarify what I think he is saying.

(All but one set of elipses indicate places where I left out a phrase or sentence in the interest of clarity; I have left out of this comics essay, for example, some of Havel’s comments on religion.)

Havel’s own website carries many of his own writings, including essays like “The Power of the Powerless”, which I can see I will need to study up on as I try to understand the development of Slovak (and Czech) life since the Revolution of 1989… 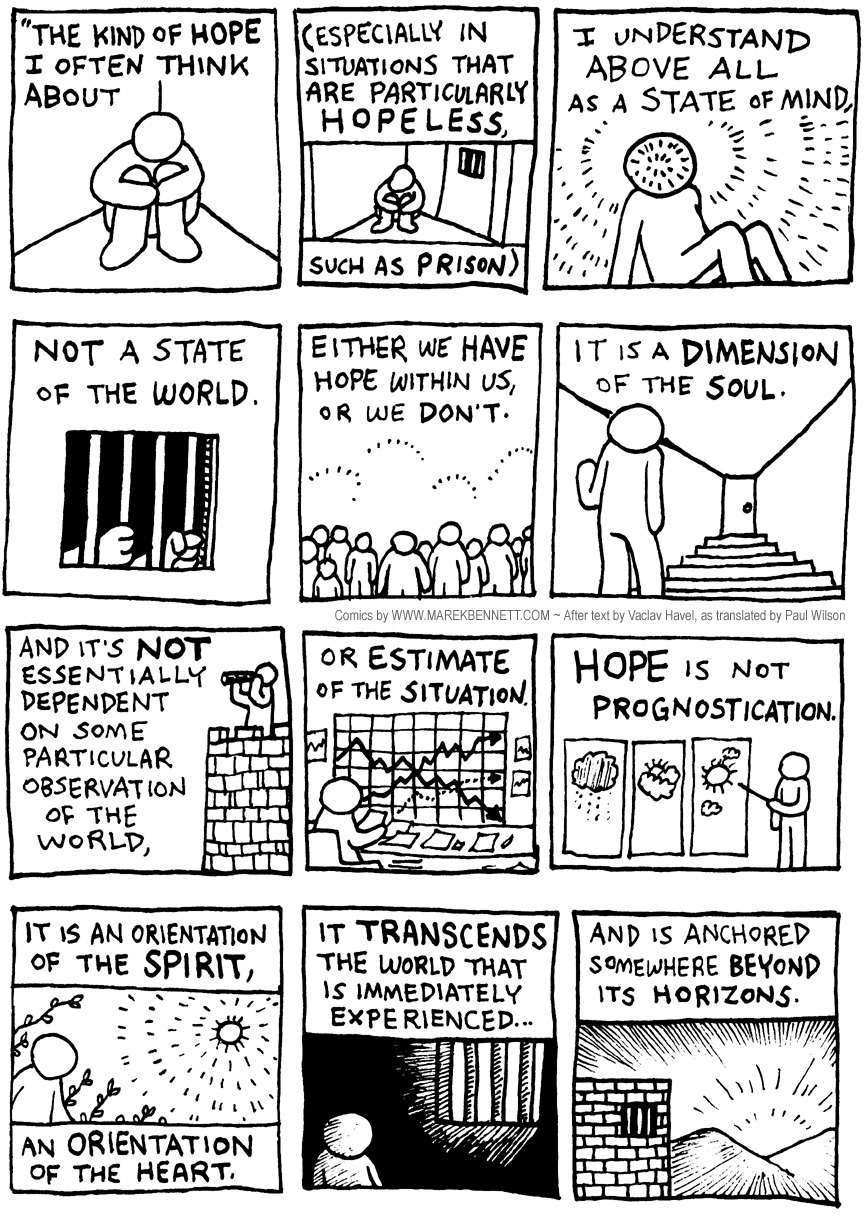 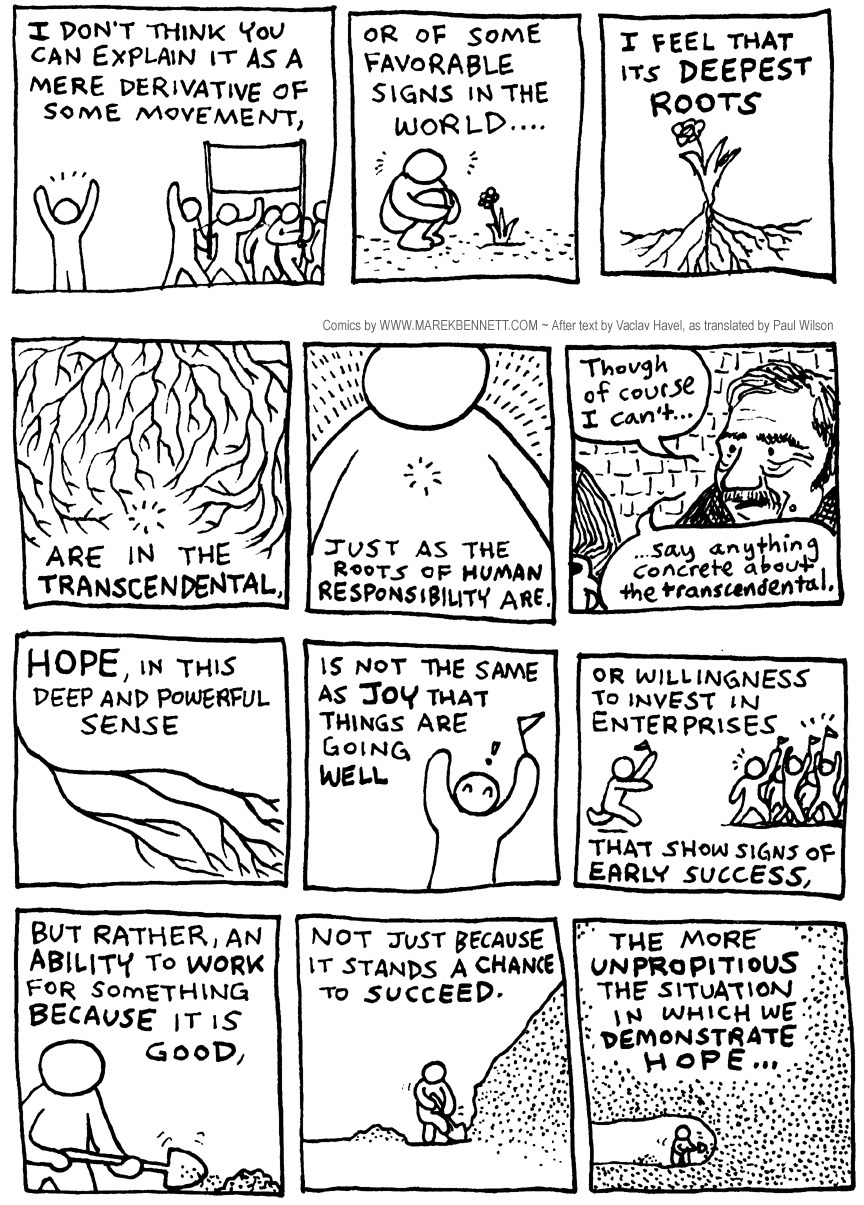 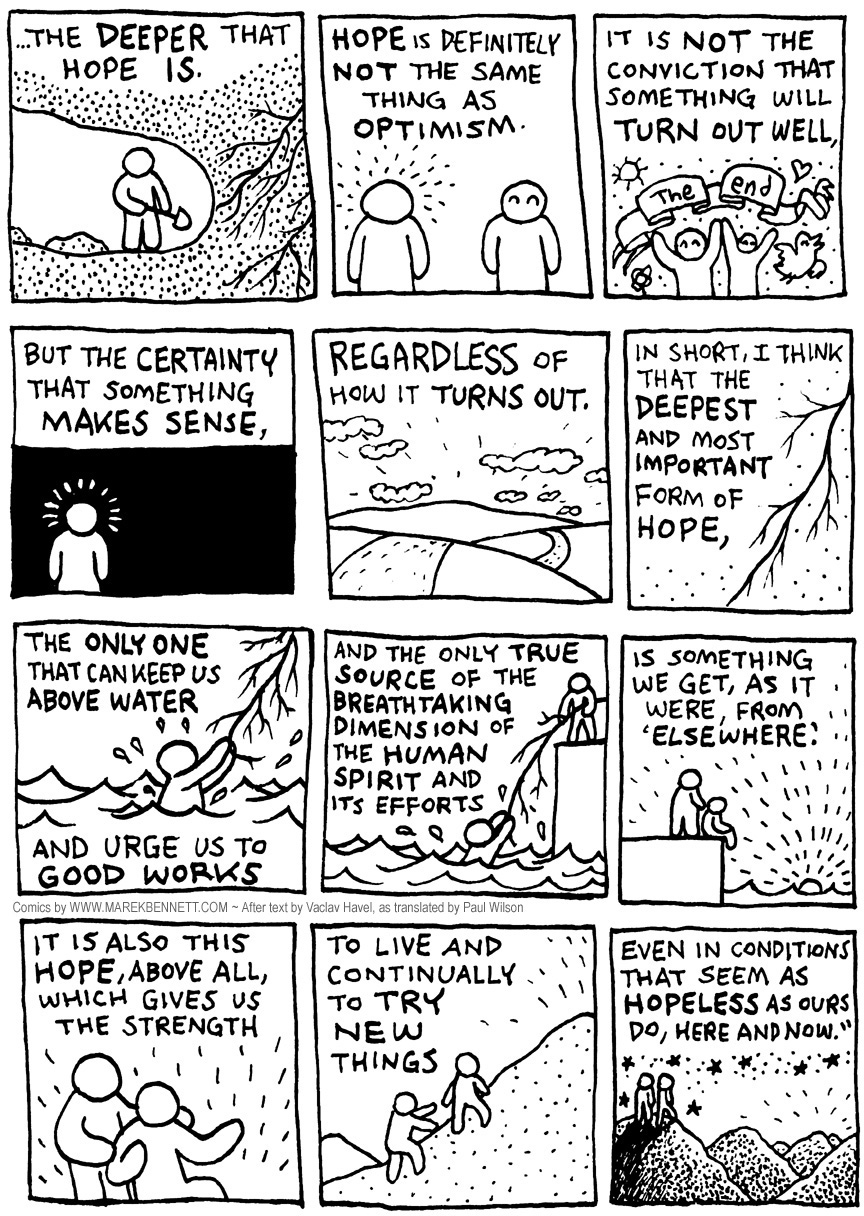