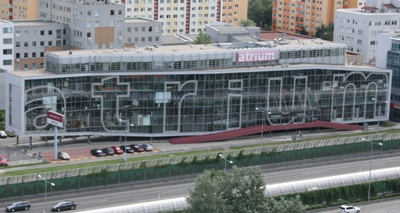 Property developers in Slovakia are starting to realise that it might not be the best time to move forward with their projects as economic concerns start to escalate.

One example of a halted project is the massive Bory Mall development in the Lamac borough of Bratislava, for which ground preparation and engineering work has already been started by the investor Penta Investments. The company has now put the development on hold indefinitely, though, reports daily Hospodarske Noviny today.

The project concerns a large shopping mall, to be complemented later also by hundreds of flats and offices, and a tram line, among other things, with an investment budget set at around EUR 300 million.  The company has justified its decision to stop the project due to the adverse and unstable situation on the Slovak and European markets.

The Penta group is not alone in its concerns, with other developers referring to the debt crisis and the current shaky political environment in Slovakia as just some of the grounds for their decisions.

Even the Slovak Business Alliance (PAS) expressed its alarm this week based on its survey of 3Q 2011, which points to the weakest business environment index in the past ten years. PAS points out in its report that businesses are particularly concerned about the lack of political continuity in political decision-making.