Following yesterday’s announcement by the regulatory authority URSO about a cut in gas prices for households by over 5%, the issue of has again caught the attention of the media. Here The Daily.sk provides you with a translation of an article from yesterday’s Hospodarkse Noviny by analyst from IPEB, Miroslav Pejko . Translation by Language Sense, s.r.o.

Last year Slovaks saw their energy prices increase several times and we didn’t manage to avoid higher prices even at the beginning of 2012. Events abroad were mostly responsible for this, something that a little country in the middle of Europe can do nothing about.

Slovakia will continue to have the position of a leaf in the wind also this year. Although consumers cannot influence world events as such, they can at least draw on sufficient information about changes on the market.

Record gas price hikes last year
The price of gas for households has increased over the past 13 months by more than 17 percent. Every single price decision of the regulatory authority URSO was also accompanied by a media shootout between the main gas supplier in Slovakia – SPP and the regulatory authority. An independent observer could only speculate as to whether the price hike was reasonable or not, This because the exact details of price proceedings are confidential.

The higher prices in the case of gas, for instance, are down to a growth in oil prices due to the conflict in Libya. Even though this North African country occupies just 17th place in the world ranking of oil producers, the halting of supplies while a war was going on combined with rising demand meant the price of black gold soared to a 2.5-year maximum. It is this very value that also affects gas prices significantly. The debt crisis in Europe did not help make the gas bills any more pleasant. This is because the commodity is traded in dollars and so the sinking euro also increased the costs for the purchase of gas. 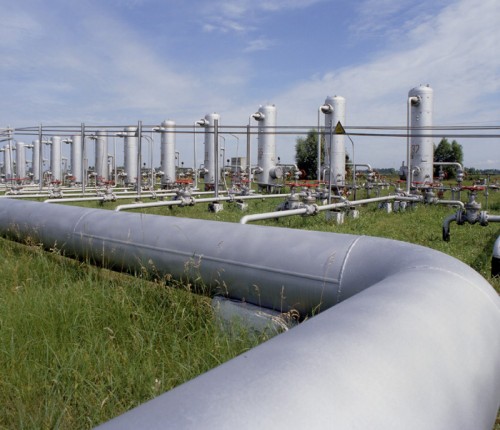 Even so, we were not paying as much for gas as the gas utility requested. If the regulatory authority had approved the price proposals of SPP, the hike in prices would have been as much as 50 percent. URSO slashed the company’s demands, however, while not admitting certain cost items, especially those for the storage and transmission of gas.

The battle between the regulator and the gas utility has been played out mostly in the media. The gas company is warning that it could demand the losses it allegedly incurs in the regulated segment of households by way of the courts. Despite all the press reports in which SPP attacked the regulator for supposedly not increasing prices of gas enough, so far no arbitration has been initiated. If the company does prove successful in fighting for its money via the courts, prices would clearly increase again.
Russian discounts

Last year was not only marked by events that pushed up the prices of gas, though. The main supplier agreed on a discount with the Russian company Gazprom export. At the end of 2008, SPP signed a 20-year contract for the purchase of the commodity, with the conditions linked foremost to the aforementioned hike in oil prices. Whereas the price of gas on the exchange fell, consumers didn’t get any real advantage from it as the expensive oil pushed up the final price of gas in the end. After three years, however, the contract was revised and our company, just like other European companies, received a discount from the Russians, but both sides are keeping the exact discount secret from the public. As soon as reports appeared about a drop in prices, the regulator immediately initiated price proceedings and announced a cut in gas prices. Conversely, SPP claims that the discount only mitigates its overall losses.

It won’t get any cheaper
Although Slovaks can revel in the recent change of price, the future remains foggy. Oil prices still figure prominently in the equation for calculating prices. Price development in that area is not exactly favourable. Another impending conflict in the Middle East is already hiking up the price of the commodity on the exchanges. If the situation in Iran were to become acute, we can expect the price of oil to increase significantly more than it did during last year’s war in Libya.

Not even the developments in Europe are helping produce cheaper gas. The common currency is worse off than that estimated by the regulatory authority. It calculated with an exchange rate development somewhere between USD 1.3 and 1.45 per euro. At present, though, there is a real danger of the exchange rate dropping to below the lower threshold. On the other hand, gas prices could be maintained thanks to sufficient supplies on the market (apart from extraordinary situations during strong frosts, when extraction can’t keep up with the rising demand for gas and so the storage reservoirs have to be used). This surplus is boosted by the fact that the world economy is basically stagnating and so the demand for energies is not exactly increasing yet. In future, Slovakia will definitely benefit from the north-south transit connection. The possibility to import gas via Hungary and Poland will end our 100-percent dependence on Russia and boost market possibilities.

Heating linked to gas
The price of heat is also closely linked to the price of gas in Slovakia. In the case of gas heating plants, it accounts for as much as two thirds of the end price. Even though new sources on biomass and other alternative fuels are becoming increasingly popular, gas still occupies top spot when it comes to the heating business. That is why last year we paid several times on top and will continue in future to pay for heating mostly according to how gas prices develop.

Apart from the input commodity, the price of heat is also affected by investment costs. Various heat supply systems in Slovakia are in a desolate state. Investment into their reconstruction could increase payments for heating in future. Households might not feel the pinch of these growing costs for the generation of heat, though, if they increase the energy efficiency of their dwelling. Basic measures in this sense include thermal insulation, in particular.

The sun put up electricity prices
The situation on the market with electricity was no less complicated than the one in the gas sector. An almost five-percent increase in prices from the beginning of last year was caused chiefly by an increased share of solar-produced electricity. The business with photovoltaic power plants not only interested domestic investors, but also attracted foreign capital. The generous purchase prices, which were eightfold higher than the value of the basic commodity on the market, literally led to a “solar boom”. More solar sources were connected to the grid than even the distribution companies had estimated. It was the consumer, though, who paid for this green business in the end. If the state hadn’t put on the brakes and restricted photovoltaics, we probably wouldn’t have avoided a large price hike also this year.

The March earthquake and accompanying tsunami closed down the nuclear power plant in Fukushima. The Japanese needed to satisfy their energy requirements immediately, and so this increased the demand for energies and pushed up the price.  In reaction to the catastrophe, Germany then announced that it would be shutting down its nuclear power stations by 2022, and so electricity prices on the exchange shot up by 20% over the short term.

Slovaks lost out because of these events, because the price of power electricity for 2012 was determined by the regulatory authority based on market development in the first half of last year.

– SOLUTION? FLEXIBILITY
The slowdown of economic growth and the threat of recession are holding back a growth in energy prices, but in future it is possible to expect that with economic revival will be accompanied by a directly proportionate growth also in electricity prices. This does not mean, however, that consumers will have to pay more. It is households that can gain from the fact that the relatively strict regulatory authority will choke the prices of the main suppliers, under which the alternative suppliers will also squeeze themselves. Customers who monitor the market can make big savings. Combined with an increase in energy efficiency, the expected price hike might not hurt too much.