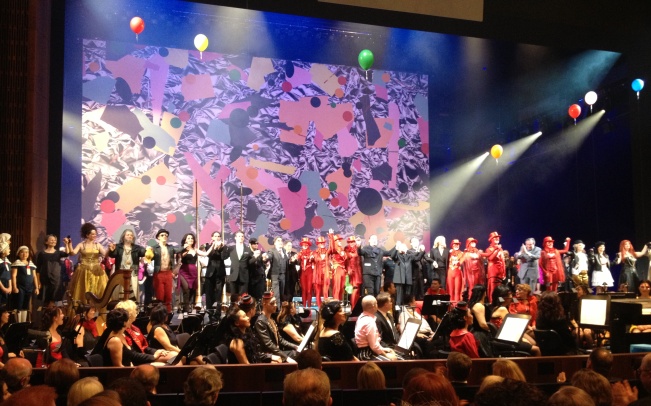 Nobody can deny that Austria is renowned for its love of opera and music, and the Austrians are not only proud of this reputation, but cultivate it for future generations. 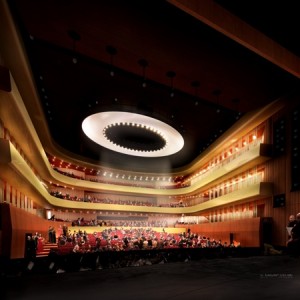 There can be no better proof of this than the new Linz Opera (Musiktheatre Linz), which proudly opened its doors to embrace the public this weekend, with a gala array of performances, including the world premiere of The Lost, Philip Glass’ operatic adaptation of the play Spur des Verirrten by Austrian dramatist Peter Handke.

The dream come true is thanks really to the local civil initiative Friends of the Linz Music Theatre, which since 1984 has been campaigning for the much needed new hall against all odds, especially after a local referendum in 2000 rejected the plan. Their perseverance eventually paid off, but with a final price tag topping EUR 150 million, governor of Upper Austria, Dr. Josef Pühringer, still had the job of defending the project, financed to 95% by taxpayers’ money (municipal, regional and state). 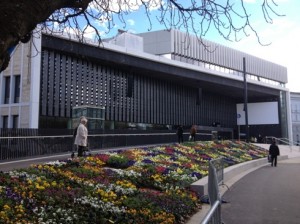 We met with chief architect Terry Pawson, who says he is proud of the outcome, while admitting that he never thought his architectural practice would win the commission. This was not just because of the 200-plus entries, but primarily because his design necessitated reworking the inner roads of the city centre so they could merge the new building with the adjacent park, previously dissected by a busy dual carriageway system.

“When we did this project, the proposal to move the road, to actually ignore the site we had been given, is normally a complete kiss of death for a proposal. It is quite rare for this kind of proposal to get past the first stage”, Pawson says about the bold move. 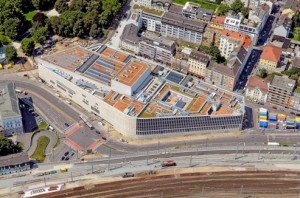 Nevertheless, the local government, after long consideration, realised the huge advantages offered by Pawson’s design, as it suddenly resolved the problematic road situation, with the Volksgarten park now wed to the imposing new pride and joy of the city.

Pawson’s concept was to create a kind of external and internal “living room for the city”, a role that the new 970-seat theatre (extending to 1,200) has already assumed. A broad team of experts had to work closely together to get all the details just right, with acoustics and audience comfort the top priorities.

They clearly succeeded, as the seats are very comfortable with lots of leg room, each with a display screen in front offering information about performances and language options for shows, for instance.

The building interior oozes a relaxing airy atmosphere, with cafe-bars and a quality but economical restaurant on the 4th floor overlooking the park. The idea was to make sure the building was used by the public whether they were going to the opera or not, and it appears already to be working. 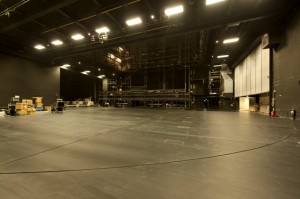 The main auditorium boasts one of the biggest and most versatile stages in the world. With two revolving turntables, 32m and 15m in diameter, and three scene sets (15x4m) popping out of the floor, production teams can let their fantasies run wild. This they did in the world premiere of Philip Glass’ opera The Lost, with an extravagant production and over 200 people on the stage at one point (including the full orchestra).

To date the troupes have been rehearsing and playing in substandard working conditions with the acoustics of the old house also not much to boast about. We spoke to chief conductor of the resident Bruckner Orchestra Linz, Daniel Russell Davies, about the distinctive features of the new house. 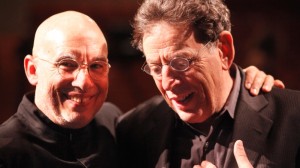 “Well you can see it is a state-of-the-art new facility and the old opera house where we were until February of this year was completely inadequate. It was small, it was crowded, the pit was too small, with bad facilities backstage, it was just a long difficult thing there and the acoustics were not good. We have been dreaming and planning for this for a long time now, so we feel very gratified and everyone is now very happy”, Davies said proudly.

The opening weekend was played to packed houses, of course, with Glass’ commissioned opera The Lost, a fine and highly humorous rendition of Dana Rowe’s musical The Witches of Eastwick, and Austrian ballet premiere Campo Amor, performed as rain poured down on the stage.

For four nights, thousands of people gathered in the park in front of the theatre entrance to watch free open-air performances of Ein Parzival by Catalan theatre company La Fura dels Baus, an ambitious project with daring stunts and effects, exploring the music of Wagner, definitely worth seeing.

Despite earlier split opinions, local residents are surely now grateful for the new landmark, as it is set to raise the city’s profile as a leading venue for some of the most prolific productions in what is Europe’s most modern music theatre. The impressive building is now the plush residence of the Linz Opera, the Linz Ballet and the Bruckner Orchestra Linz, who now all enjoy the state-of-the-art facilities. 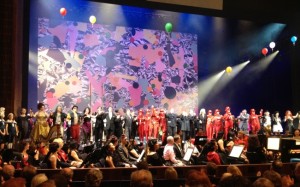 Whatever your taste, a night at the opera in Linz will guarantee an unforgettable experience. Around two and a half hours drive from Bratislava, just thirty kilometres from the Czech border, and snuggled neatly between Vienna and Salzburg, it will surely never be short of an enthralled audience.