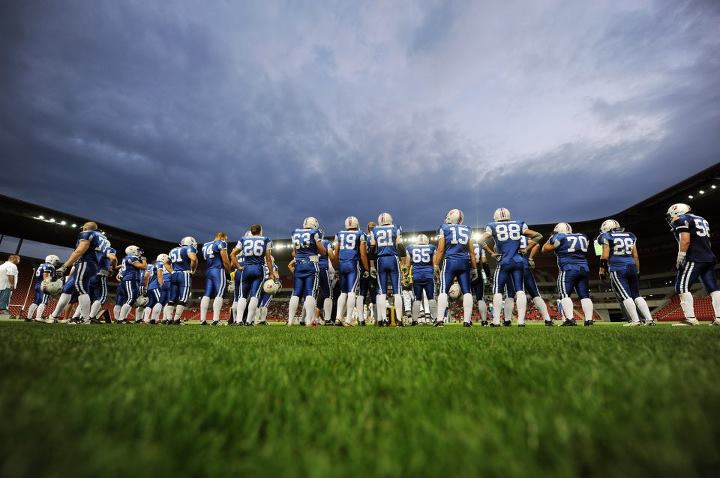 So I say to the guy, “I live in Slovakia actually.”

And he says “Really? My grandmother is from Slovenia.”

It’s interesting only because I usually don’t tell people that they are boring me and it’s irrelevant because Slovakia and Slovenia are two different countries that don’t even border each other. However, this apparently dimwitted individual could be forgiven as when he was at the age when he would have taken a geography class, neither country existed. These two countries have an almost identical flag and spell their names with the same degree of similarity as human versus chimpanzee DNA. However, come Sunday September 16th, these seemingly brotherly countries will look to put the big hurt on one another as their national American football teams face off in Nitra for an exhibition game. 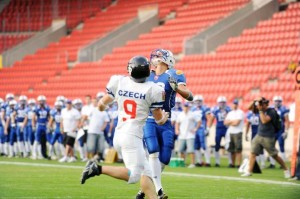 The teams from the Slovak league will unite their top players as they take a step in the right direction of one day being solid enough to compete in the EFAF championship league.  The only other time the national team competed was two years ago against the Czech Republic, which resulted in a 14-24 loss. This game against Slovenia, who are also trying to make it into a EFAF group, will be a good indicator of how far the Slovak national team has come. Plus it’s the first international game at home for Slovakia. Slovakia’s head coach, Ludo Galka, adds that what’s equally important as the national team experience is “(the desire) to bring football to the widespread public and a great international game should help with this goal.” So, on behalf of the Slovak national team we are inviting all fans to Nitra this Sunday September 16th to come and enjoy the game. The game will be held at FC Nitra Stadium on Jesenskeho 4. Kick-off is at 3:00PM.