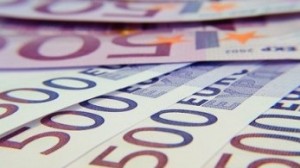 The Club of Economic Analysts (KEA) released the results of a survey that claims the Slovak public finance deficit could climb as high as 7.4% of the GDP this year if fundamental steps are not taken to combat it.

The official target of the government for 2010 is to cut the deficit to 5.5 percent from the 6.8-percent level from 2009. “Most members believe that present measures regarding expenditures won’t be enough to ensure a sustainable reduction of the deficit. They also believe that tax and levies will have to be reformed with the aim of increasing their collection,” declared club head, Ján Tóth.

All 13 members of KEA taking part in the survey also expressed reservations about how the public finance deficit is calculated. They feel that the official method of reckoning doesn’t fully reflect the burden placed on public finances by areas like Public Private Partnership (PPP) projects or assistance given to state-run enterprises. Although Slovakia has a lower public debt than many other countries, its credit risk is rated as within the EU average. The survey also claims that there is a 26 percent chance of Slovakia ending up like Greece by 2011, which is plagued by difficulties in financing the country’s debt.

KEA is a civil association comprising 33 members, including economic analysts from banks, NGOs, the Slovak Academy of Sciences, ministries, consulting firms and universities.