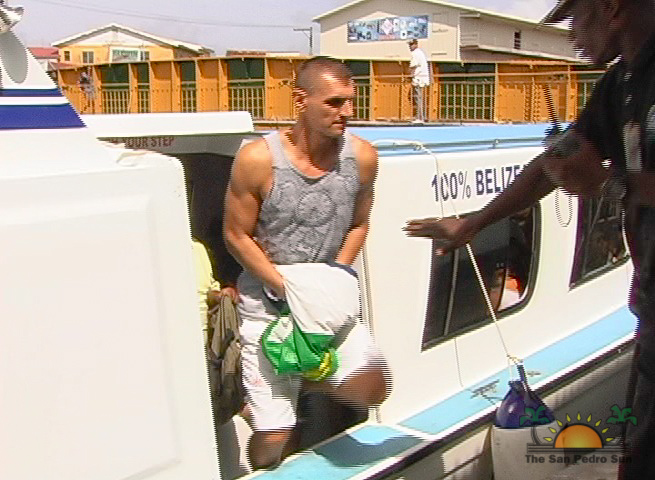 Police in San Pedro have caught up with one of Slovakia’s most wanted men, 42-yr old Karol Mello, who was captured in San Pedro and arrested as part of an Interpol arrest warrant, the San Pedro Sun reports.

Mello is wanted for a double murder that saw an innocent woman and child murdered in Most pri Bratislave back in 2004. Mello vanished after the charges were brought against him and managed to stay on the run for almost five years, before Polish police caught him in October 2011 and extradited him to Slovakia.

The District Court of Bratislava 1 basically let Mello walk free on procedural issues, however, with the police finding out a day later, meaning he had had enough time to hop the border and vanish again. Naturally, this raised questions about cronyism between the authorities and the underworld, with fingers being pointed at former Attorney General Dobroslav Trnka. The police commissioner at the time, Jaroslav Spisiak, only found out about the arrest warranty after Trnka announced it at a press conference, by which time Mello had gone. Interior minister at the time Daniel Lipsic was furious, referring to the case asanother “example of the complete failure of the Slovak judiciary”.

Mello was handed over to Interpol authorities in Belmopan yesterday, so it will be interesting to see what ‘procedures’ come into play this time. Click here for more on this case.