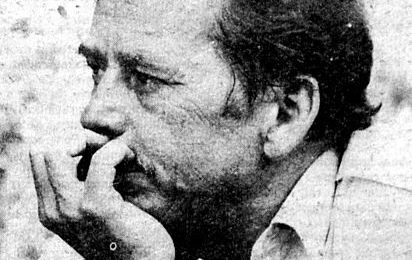 The official farewell to the last Czechoslovak president and first democratically elected Czech president Vaclav Havel took place today as his coffin was carried through the streets of Prague to Prague Castle, while thousands of onlookers wept. The Daily reporter Katerina Krisicova from Prague gives us her thoughts on the man.

In memory of Vaclav Havel

Vaclav Havel came from a middle-class background, referred to at the time as the “bourgeois”. He grew up in a family where there was often much discussion about Czech and world politics, culture and the state of society. He was a man who was interested in many things and had excellent insight, which can be seen from his timeless plays. In his family and the society in which he moved he was an example of morality, good manners, honesty, which the communists did not want. Communists had always been afraid of such people and they were irritated by their mere existence.

I remember that the 1980s was a period of moral and ethical degradation. Nobody talked to anybody. People walked around like soulless bodies. Everyone was only interested in themselves. There was nothing. Nothing happened. Today nobody can imagine. This dead period suddenly ended  with the violence inflicted on students on November 17, 1989. It was the proverbial last straw. We were all afraid, but we admired the courage of Vaclav Havel and the others who acted with the Communist leaders and believed that the situation would turn out well. We all signed a petition calling for Vaclav Havel when deciding who would be our first democratic president, because we wanted him as president.

After the revolution, we heard every day about every step of Vaclav Havel. Even when he was no longer president, he continued to represent us in the world and help people in dictatorial countries. Twenty years went by like nothing, and then on Sunday the entire Czech nation and the outside world was rocked by the news of the death of dissident, writer and our first post-revolution president Mr. Václav Havel at 6.12 pm on Sunday 18 December.

Vaclav Havel was a decent modest man who was not afraid to set high goals for you to achieve. He wrenched us from the yoke of the Soviet empire and helped us successfully integrate to the western world. Thanks to Havel and other members of the Civic Forum, we would get rid of the Soviet troops that had occupied us since 1968. His activities, including adoption of the so-called lustration law, which was to prevent those from the communist regime from holding any position of power, and was crucial to transforming the country swiftly.

Havel established a new Constitution, which followed the constitution and laws of the First Republic. This helped also recover stolen possessions. He helped the country integrate to the community of NATO and the European Union and return us to the UN. We are grateful to him for these and other actions.

On Sunday at 6pm bells pealed throughout the country in honour of Václav Havel. We say goodbye to this great figure this week and from Wednesday to Friday the government has declared a state of mourning.

Our government earlier paid tribute to Vaclav Havel with a minute of silence while listening to Havel speak to a Czech anthem background. His coffin will remain in Vladislav Hall at Prague Castle until the funeral on Friday 23 December at the the Cathedral of St. Vitus, which will be attended, among others, French president Nicolas Sarkozy, Bill and Hilary Clinton, Lech Walesa, and Slovak President Ivan Gasparovic and Prime Minister Iveta Radičová.