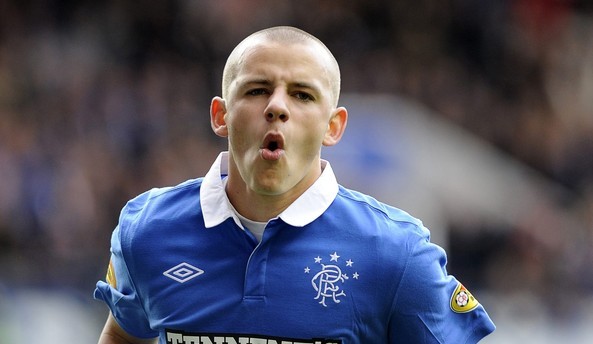 Having won the Scottish League and Cup double on loan at Rangers last season, Vladimir Weiss yet again got his hands on more silverware as Manchester City won the Dublin Super Cup last weekend.

Although the gifted young winger didn’t play in the deciding game against Inter Milan, Vladi started the opening match against the Airtricity XI and looked dangerous on countless occasions, and if he hadn’t been hauled to the ground by bad tackles, he would inevitably have set up more gilt-edged opportunities for his team-mates.

With the Ireland v Slovakia EURO 2012 qualifier looming next month, the home Irish fans booed the 21-year-old player throughout his match against the Airtricity XI. It’ll be more of the same in September, so excellent preparation for the crucial match on 2nd September in order to keep the EURO dream alive.

With transfer speculation of another loan move to Bolton, is Vladi on the move again?

The Dublin Super Cup is in its inaugural year and is set to run for 10 years at least. The way it works is that if a team wins a game, it receives 3 points and 1 point for every goal scored. A draw means both sides receive 1 point each. Manchester City won their opening game 3-0 against Airtricity. With Inter Milan winning their opening game 2-0 against Celtic, it would have been all over for Celtic but for the extra point per goal rule. Celtic went on to beat Airtricity 5-0 meaning they would indeed pick up the trophy if City and Milan drew by no more than 1-1. Manchester City cruised to victory winning 3-0 picking up their first trophy of the new season.
You can view some photos of the Dublin Super Cup here