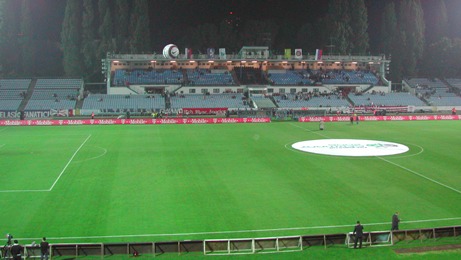 In a surprising move, the planned new national football ground will not be at Tehelne pole as planned, but will be erected from scratch on the outskirts of Bratislava.

The City of Bratislava will provide the land for the new stadium near the waste water treatment plant in the borough of Petrzalka, and the new plan has been agreed also with Slovak Football Association president Jan Kovacik.

Kovacik noted that the SFA could not decide on the issue as it was not the investor, but that he believes a green field project is the best way.

The stadium should be bordered by other sports facilities. “All I care about is that a regular stadium is built in Bratislava that is fit for the national team and where one or two clubs can also play their games” Kovacik told SME daily today.

The stadium should have a capacity of around 25,000 but its appearance will not be known until the end of March. It will have to satisfy the requirements for Champions League matches and the capacity should be scalable.

Finance minister Ivan Miklos said that Slovakia could not go on without having a national stadium and that the government had the will to participate in its construction. Miklos informed that the stadium would be built using a PPP project by way of a regular call for tenders.

The fate of the abandoned and weed-covered Tehelne Pole ground is unknown, but it should be used for sports, although various large investors are interested solely in the strategically positioned land.