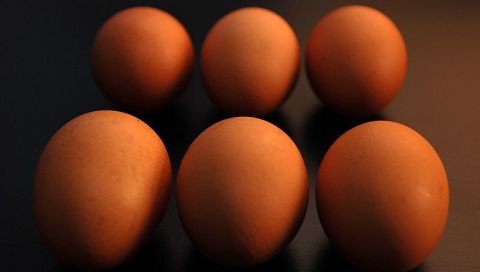 Agriculture minister Lubomir Jahnatek announced at a press conference today that around 1 million suspect eggs of unknown source are most likely in circulation in Slovakia, after the State Veterinary and Food Administration discovered a discrepancy in bookkeeping volumes.

Minister Jahnatek pointed to how the case involved companies that had just flats as their registered office, and had no premises or refrigeration equipment, for instance. The case came to light after some 28 children in Komarno caught salmonella last week, with salmonella found even on the egg shells. The minister therefore says there could be a million contaminated eggs circulating in Slovakia, with more cases of salmonella to be expected.

Three companies are being investigated in the case, located in Bratislava, Sered and Trnava, but none of them have any facilities to handle or refrigerate the eggs, which would then be a breeding ground for the bacteria. The eggs have been marked with falsified marks, so customer will not be able to tell the difference if they see them, the minister added.