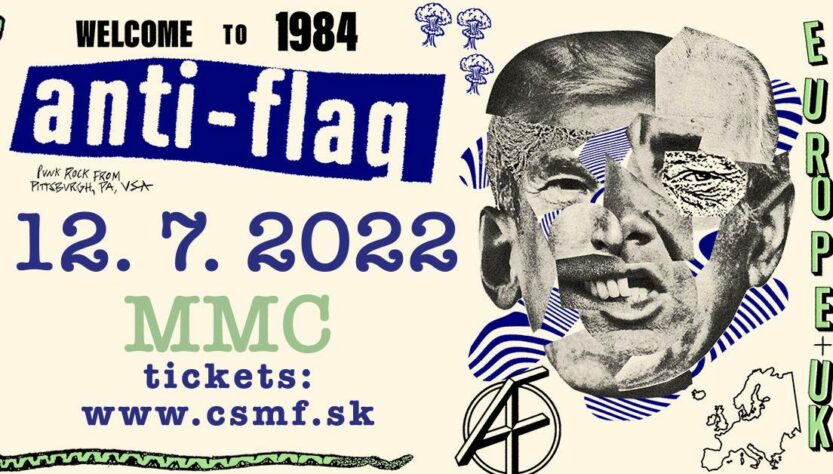 American punk band Anti-Flag will perform at MMC in Bratislava.
The Pennsylvania natives will present their album 20/20 Vision in Slovakia.

This uncompromising four-piece is known for its juicy political lyrics, human rights activism and message against passive disregard for socially sensitive topics. Anti-Flag fans especially love them for their energetic and explosive concerts with an inimitable atmosphere and a brilliant stage show.
In 2018, Anti-Flag opened for The Offspring in Bratislava and their performance in front of a nearly sold-out Incheba was unforgettable. After the concert, they decided to shoot a new music video in the Randal club in Bratislava, where they invited their fans as guests. This great atmosphere will now be repeated one floor higher with a bigger capacity.

Pittsburgh Massacre will rock you on July 12, 2022 at MMC. Tickets will go on sale February 25 at 10am on GoOut (https://goout.net/sk/listky/anti-flag/myqf). TICKETS PURCHASED FOR THE ORIGINAL 2020 CONCERT REMAIN VALID.