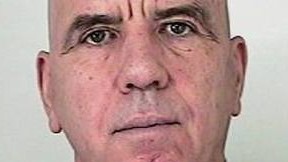 Alleged gangland boss Baki Sadiki has been sentenced by Presov District Court to 22 years in a maximum-security prison for drug smuggling and peddling crimes, but he still eludes the Slovak authorities.

Sadiki was on trial together with three others on charges of producing and trading narcotics, and for smuggling 120 kg of heroin from Turkey to Slovakia. The other two men were given sentences of 15 years each after pleading guilty. Two of the sentences, including Sadiki’s, are being appealed.

Sadiki is on the run from various authorities somewhere abroad, most likely in the Balkans. Supreme Court chairman Stefan Harabin was entangled in a web of intrigue over alleged friendly relations with Sadiki, with a suspected telephone recording as evidence, but he denies it is authentic.