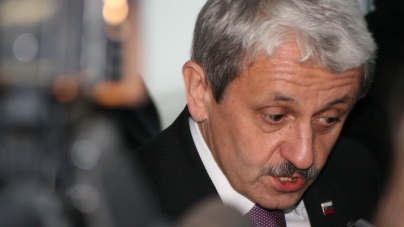 The Gorilla reports pointing to alleged corruption in Slovak politics have already taken their first victims in what some feel is becoming a bit of a Salem witch hunt.

The whole Gorilla affair, which is gradually unfolding and becoming the main focus of pre-election rhetoric among the new parties, is being swept aside by those that the allegations point a dirty finger at, including then PM Mikulas Dzurinda.

The reports allege that financial group Penta had an influence over politicians and the police under Dzurinda’s government, and that money changed hands in various privatisation cases.

Dzurinda himself refers to the allegations as preposterous, playing down the importance of the as yet unverified transcripts, just like his counterpart from Smer-SD Robert Fico, who says it is nothing to do with him or his party as they were not in power.

On Slovak television yesterday, interior minister Daniel Lipsic pointed an accusing finger at Dzurinda and his SDKU party that they had shunned an investigation into the Gorilla affair, which has been circling among political circles for years now. Lipsic noted it would be interesting to see if the SDKU party would stand in the way of the investigation or help move it forward.

The SaS (Freedom and Solidarity) party has called on Dzurinda and finance minister Ivan Miklos to bid farewell to Slovak politics under the suspicions raised by the Gorilla, which is becoming a King-Kong of a problem for some as they battle for the early elections in 2012.

Dzurinda puts all the speculations about Gorilla down to pre-election campaigning, saying everyone is just trying to get attention from it and that the claims being made are ridiculous.