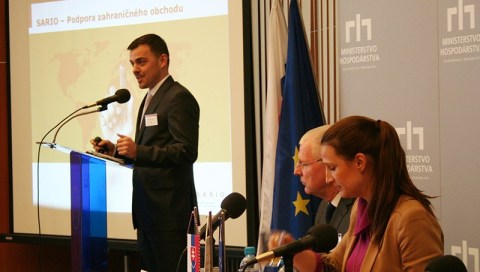 The Slovak Investment and Trade Development (SARIO) organized the first major event for Slovak companies this year – Export Forum 2013, with the conference held under the auspices of the Ministry of Economy of the SR and the main topic on state support for exporters, and tools to support the foreign trade of Slovak companies.

“SARIO is based on two pillars – investment and foreign trade. We understand that small businesses employ 70% of workers in Slovakia, while generating up to 40% of gross domestic product. I believe that it is the synergy based on the flow of new investments and a strong base of domestic enterprises with export potential that will create a strong economy from which we all would benefit,” said Robert Šimončič, SARIO CEO.

The conference Export Forum 2013 was opened on behalf of the Ministry of Economy of the SR by Pavol Pavlis, and on behalf of the organizer Robert Šimončič, SARIO CEO. The representatives of the Trade and Consumer Protection Section of the Ministry of Economy, as well as the managers of the Foreign Trade Department of SARIO, and the representatives of Eximbank and the Embassy of the Slovak Republic in Israel presented their professional topics in front of more than 80 members of Slovak business public. The experts on online marketing from the ranks of commercial companies then introduced to the participants the possibilities of using online services and tools for penetration to global markets. 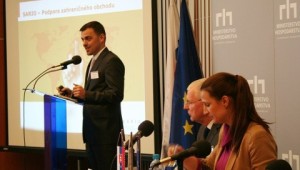 Selected topics raised the discussion among entrepreneurs, from which many valuable improvement suggestions  for the work with this target group emerged for SARIO.

The Export forum conference belongs to a new portfolio of activities of SARIO in order to help Slovak companies in establishing new contacts in foreign countries with the aim to penetrate global markets. In 2012 SARIO, besides opening its foreign office in Jakarta, Indonesia, co-organized more than 40 trade missions and seminars and helped to more than 150 Slovak companies to find business partners abroad.