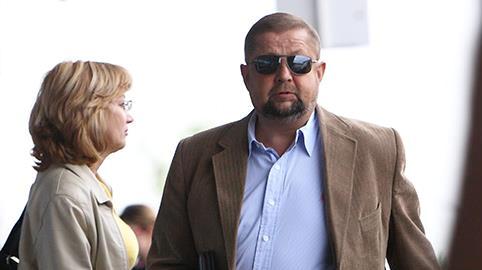 Following the victory of Andrej Kiska over current Prime Minister Robert Fico in the presidential elections at the weekend, many in Slovakia worried that the Smer-SD party would scramble, with the help of the ever-loyal President Ivan Gasparovic, to change the playing field.

One key area concerns Slovakia’s ailing judiciary, with moves now taking place to hold elections to the Judicial Council before Kiska takes up office. Parliament, controlled by Robert Fico’s Smer-SD party, will nominate six members to the Council this week. A planned change to the Constitution will also strip the new president of the power to appoint three members to the Council.

A petition by head of the Freedom and Solidarity Party (SaS), Richard Sulik, to wait for the new president was rejected by Smer-SD MPs in parliament. What’s more, current Chairman of the Supreme Court, Stefan Harabin, looks like he might be among the candidates.

In addition to the rushed appointment of the Judicial Council, PM Robert Fico’s Smer-SD party plans to change the Constitution with the help of the Christian democrats of KDH, in return for their cherished description of what constitutes wedlock (between one man and one woman).

The constitutional change, already in the second reading, would strip Kiska of the power to appoint three members to the Judicial Council, with effect from September. The members would then be appointed in part by judges, and in part by the Smer-SD controlled government and parliament. It is all too much like a prepared scenario, ready to be put in place after Robert Fico lost in the presidential elections on Saturday 29 March.

Harabin, as head also of the Judicial Council, must set the date of the elections at least 45 days before they are to take place. Kiska, who said he would refuse to appoint Harabin, is not due to take over the presidential role from Gasparovic until 15 June, so still lots of time, despite the protests of the opposition.

Opposition parties Freedom and Solidarity (SaS), Nova and Ordinary People (OLaNO) have called for the elections to be put on hold and also for the KDH party not to support the constitutional change that would weaken Kiska’s presidential powers.

The KDH party, however, has shown in the past that it is willing to jump in and out of bed with political partners to get what it wants, in this case a symbolic victory in its anti-gay crusade, so they could opt for a deal with the devil, figuratively speaking, of course.