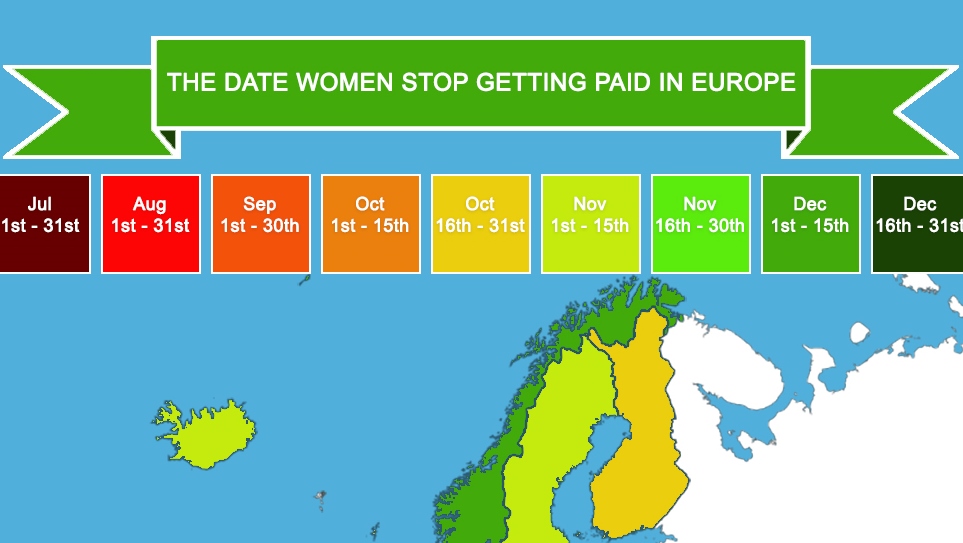 Slovakian women step away from your desks on October 19th, you won’t be paid from this date. 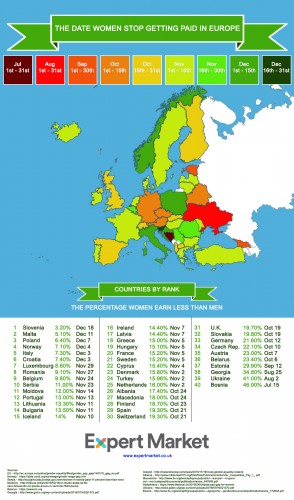 Expert Market, Europe’s leading B2B marketplace, has conducted new research investigating the full extent of the gender pay gap across the continent and found that for many months of the year, women are still effectively not being paid.

The findings reveal that on average women in Europe earn 16.68% less annually than men, which is the equivalent of working for free for nearly two months of the year. Based on the gap between men and women’s earnings, we have worked out on what date women should shut off their computers and put their feet up – because effectively, they are no longer being paid for their work.

In Bosnia, the gap between the pay of men and women is so big that from as early as July 15th women could effectively stop working due to the 46% pay gap present in the former Yugoslavian state.

Despite the country submitting its formal EU membership application in February 2016, it is still shocking to find that women earn almost half as much compared to their male counterparts. This means that Bosnian women stop getting paid the earliest across the continent.

The situation is only slightly better in Slovakia, where women effectively stop earning from October 19th onwards, which amounts to over 2 months of free labour.

Surprisingly, Slovenia emerged as the country with the lowest gender pay gap, with women earning
only 3.2% less annually than men. This means that Slovenian women effectively stop getting paid on
December 18th – the latest date across Europe.

Michael Horrocks from Expert Market comments: “When we examine gender pay disparity across
Europe, it can be difficult to actually imagine how this difference in pay is reflected in everyday life.
Our findings highlight the amount of money women across Europe are losing out on in comparison to
their male peers. It is disappointing to see that in many European countries, women are essentially
working for free for two or more months.”