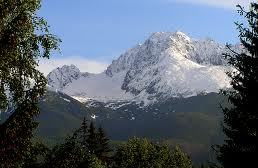 According to statistics released by the Slovak Tourist Board (SACR), the number of foreign tourists coming to Slovakia is on the rise, with a 10% year-on-year growth seen over 2010.

As PR manager of SACR Zuzana Nemcova explained to TASR newswire, the 10% growth enjoyed by Slovakia is higher than its Visegrad 4 neighbours, beating the growth seen in the Czech Republic (7.9%), Hungary (7.8%) and Poland (6%).

The growth was thanks chiefly to more and more Russians (up 30.2%), Ukrainians (up 64.4%) and Germans, while numbers dropped in the case of the Netherlands (- 1.5%), Great Britain (- 3.6%) and Italy (- 4.6%), for instance. The rising figures can be put down to last year’s World Ice Hockey Championships, among other things.