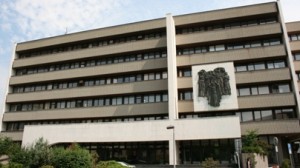 Yesterday the head of the Supreme Court, Stefan Harabin, refused yet another audit of the Ministry of Finance. The Ministry has been trying to conduct an audit there since July, but has failed several times.

Finance minister Ivan Miklos claims the ministry is fully entitled to conduct an audit on the use of public money, while Stefan Harabin claims the audit is non-constitutional. As a result of this ongoing personal vendetta, both public institutions have already initiated legal proceedings against each other.

The Supreme Court was audited by the Ministry of Finance in the past without problems, and even the head of the Constitutional Court, Iveta Macejkova, and ombudsman Pavel Kandrac regard the audit as standard procedure.

Now a special prosecutor has taken sides with the finance minister, agreeing that Supreme Court chairman Harabin should be subjected to disciplinary proceedings.

“After examining respective documents, a prosecutor from the Special Prosecutor’s Office shares the opinion of the police officer who on 20 October issued a resolution to forward the matter to the justice minister to initiate disciplinary proceedings at the Constitutional Court”, said spokeswoman for the Attorney General’s office, Jana Tokolyova, today.