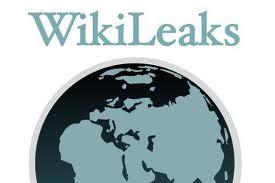 Diplomatic wires from Bratislava have emerged on Wikileaks. The release of their content, originating from the U.S. Embassy, wasn’t the handiwork of the site itself. Russian Reporter, a Moscow-based magazing seems to be behind it.

Seemingly, it was difficult to see who the Slovaks were siding with more. Unlike other NATO countries like Poland, the Czech Republic, and the Baltic states, Slovakia wasn’t as hard-line towards the Russians for their role in the 2008 war.

According to Sme daily, American diplomats were somewhat disappointed by the then Prime Minister Robert Fico’s assertion that the Georgians brought it on themselves, apparently the U.S. diplomats saw this as being ‘rather unfortunate’.

Keith Eddins, who was heading things at the U.S. Embassy, reported back to his superiors of his meeting with the Slovak Foreign Ministry’s political director Roman Buzek, revealing that Buzek “implied Georgian actions had caused the immediate conflict, but said it would be necessary to look back more than two hundred years to find out who started it”.

The dispatch shows that Buzek’s interpretation was mirrored by Fico’s comments to journalists on August 13.

“I wouldn’t view the situation as black and white, as some see it, because someone provoked the situation, and we know who provoked it,” Fico’s statement goes, as quoted by Eddins in the dispatch. “Then a reaction came, and that reaction was very strong, which is why we must cross our fingers and sit down at the table and resolve things. But I refuse to adopt a black-and-white view, that one side is good and the other bad.”