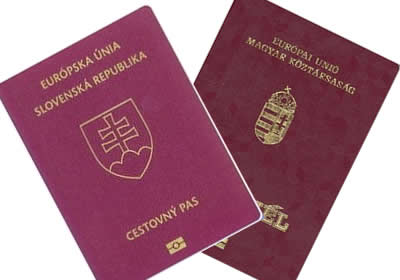 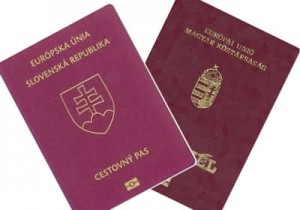 A law enacted by the former government of Robert Fico (Smer-SD), which restricts Slovak citizens from holding a second passport comes into effect from tomorrow, 17 July.

The law was seen as a populist step by the Smer-SD led government as a reaction to legislation passed by the Hungarian parliament, which allows ethnic Hungarians living in other territories to hold a Hungarian passport. Applicants are required to prove their ethnic origins and show an ability to speak Hungarian. This effectively meant that the half million or so ethnic Hungarians living in Slovakia would be eligible to apply for dual citizenship in Hungary.

The Slovak legislation was criticized strongly by the main opposition party (SDKU-DS) at the time of its approval, but there has been no statement so far by the coalition parties as to whether they plan to retract or amend the law.

Once the law comes into effect, Slovak citizens applying for a passport in another state may no longer be entitled to hold a Slovak passport. Those who hold foreign passports through marriage or birth will not, however, lose their right to Slovak citizenship.

A further complication for the coalition is that KDH, a member of the coalition government, supported the legislation at the time. In a recent statement, Daniel Lipsic, Minister for the Interior, said that there were a number of  possible solutions to the issue.

Prime Minister Iveta Radicova said that the issue would be discussed by the coalition partners. She is also scheduled to meet her Hungarian counterpart, Viktor Orban, next week where the issue is expected to be on the table.