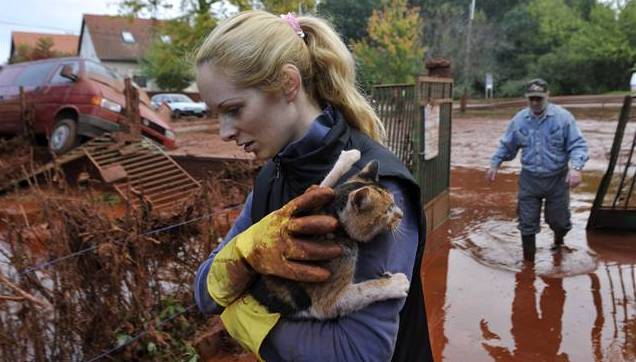 Yesterday the Slovak water authorities started monitoring the water quality of the River Danube in the wake of the toxic disaster that happened on Monday in Hungary,

The toxic waste from aluminium production, which is full of heavy metals and has killed at least four people and all wildlife in its tracks, has made its way into the lower reaches of the Slovak part of the Danube. The authorities are monitoring pollution levels at Medvedov, Komarno and Sturovo.

The samples will then be anlaysed by laboratories, but it is still a bit early to determine how much damage is being done as the toxic waste continues to make its way through watercourses in Hungary. No dangerous levels of contaminants have yet been registered.

The red mud made its way to the Danube through the River Marcal, which has been totally destroyed, into the River Raba and then into the Moson branch of the Danube. Authorities downstream in Hungary, Croatia, Serbia, Romania, Bulgaria, Ukraine and Moldova are also concerned and so are monitoring the situation.