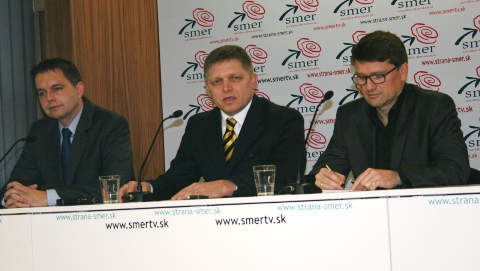 At a press conference of the Smer-SD party today, party head Robert Fico spoke out against the current semblance of the controversial Anti-Counterfeiting Trade Agreement (ACTA).

Fico said it would not be ratified by Slovakia in its current shape at least, if his party made it into government, a strong possibility accounting for the latest poll estimates of around 41.5% of voter support.

Fico noted how other politicians were taking a similar stance to the disputed act, all of which could be using the issue to gain more votes in next month’s elections, or at least not lose them. Fico referred to how some of the wording in the agreement was unclear, a good enough excuse to put it on hold. Only a few member states are still to ratify the agreement, as 22 EU countries have given it the green light already.