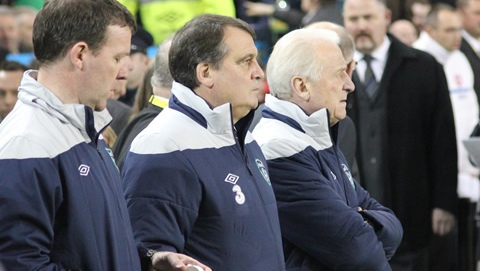 The European Championships in Poland and the Ukraine are going to make such a difference to the atmosphere here in Ireland this year. Only 2 years ago, Ireland’s spot in the World Cup in South Africa was pulled from under their feet and watching the games in 2010 just wasn’t the same. Well good old Trappatoni has got the team jetting off to Poland in June with dreams of making history and knocking out some of the big boys on the way. They’ll be a host of Irish support going with them to cheer them on and it really is going to be an excellent summer this year!

You may not be one of the lucky ones going over to Poland – but you’ll support the team from here and as always, the Irish support is going to be second to none. We have organised a football tournament in Dublin on 9th June, the day after the tournament kicks off in Poland and the day before Ireland’s first match against Croatia. We’d like you to wear your colours and compete for the crown of Dublin champions! With numerous foreign teams signing up, it’s going to be an amazing day out!

If the Dublin tournament is simply not soon enough, then why not get your mates together and travel over for our Bratislava tournament on 12th May. Whichever tournament you enter, it’s going to be a memorable day!