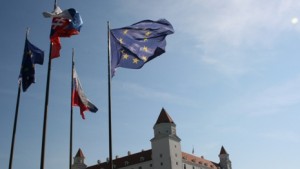 On Friday 1 October finance minister Ivan Miklos made positive reference to the financial markets, saying the timing was good for the 15-year bond issue planned by the Slovak government in the coming days.

“The situation on the market is relatively good at present, which is why we are trying to make the issue these days,” Miklos announced at a meeting of European Union finance ministers in Brussels.

Speaking to Reuters on Friday, Tomas Kapusta, head of the Debt Section of the finance ministry’s Debt and Liquidity Management Agency (ARDAL) said: “We prefer a 15-year bond and plan to offer EUR 1 billion or more in the initial issue”. A 7-year bond is another alternative.

The Slovak government aims to slash the fiscal deficit to 4.9% of GDP in 2011, while estimating the country’s gross borrowing in bonds and treasury bills at approximately EUR 8 billion. To combat the deficit that it inherited (projected at 7.8% in 2010), in addition to various austerity measures and cuts, last month the government also increased its gross borrowing plan for this year to around EUR 9.5 billion.